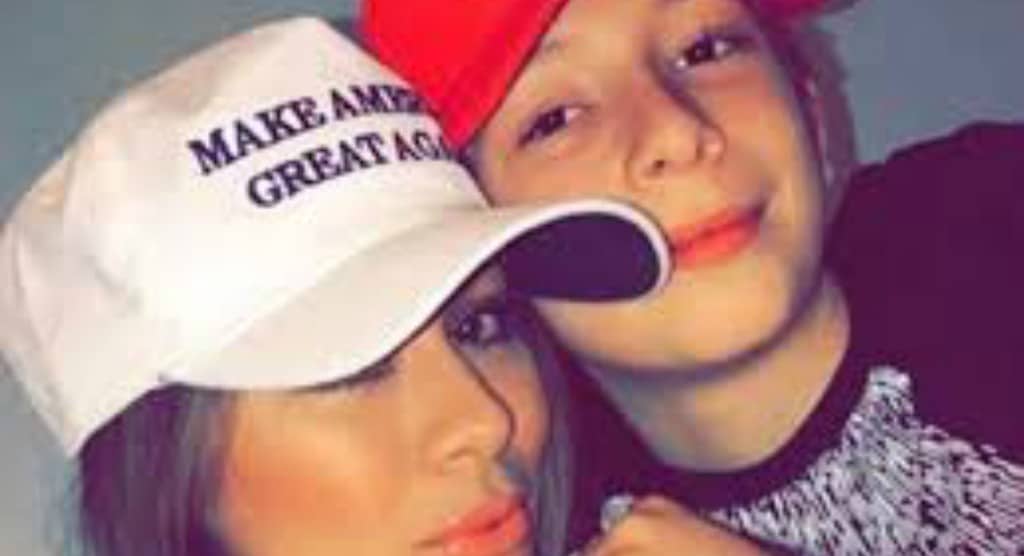 The radical left in this country has got me rethinking the idea of a border wall. Maybe that wouldn’t work.

Maybe we should just build it around liberals instead.

The idiot progressive left has already proven they can collude with terrorists, destroy property, torture and kill strangers for profit, and whine like a spoiled brat every time they don’t get their way.

So I guess the fact that they can beat up kids shouldn’t come as a surprise. But it’s still a shock. I don’t know why.

Independent Journal Review had this gem of a story today. Get ready to be pissed off.

“A 6th-grade boy who wore a ‘Make America Great Again’ hat on the school bus got more than he bargained for when another kid beat him up for wearing it.

Christina Cortina said that her 12-year-old son, Gavin, was beaten and harassed by a kid on the bus while another student took video.

‘He got so frustrated that he pushed me. And he kept hitting me and backing me up until I got to my window of the bus and so I just had to push him out.’

All the kids involved were punished— including Gavin.

News 4 reports that Gavin was suspended for four days and all the kids ‘have faced the consequences.’”

So proud of you Gavin! #neverbackdown #maga

Recap a moment here – a kid is beaten, and he’s punished for defending himself.

A kid is beaten for supporting a conservative, and he’s punished for defending himself. Everything about this is disgusting.

I swear, if this isn’t enough evidence to put DeVos right in the driver’s seat, I don’t know what is.

The left’s predictable outcry of ‘it’s going to hurt the children!’ and ‘my feelings! Your feelings!’ is nowhere to be found here.

Of course. Because the Left doesn’t really care about children at all, or the feelings of anyone else who disagrees.

Or freedom of speech, for that matter. Which, I’m pretty sure, covers wearing a hat.

One top-rated comment said it best: “the radical liberals can protest, burn our flag, destroy property and harm others without consequence? Since when does wearing a hat with a ‘great’ pro-American message deserve punishment?!!!”