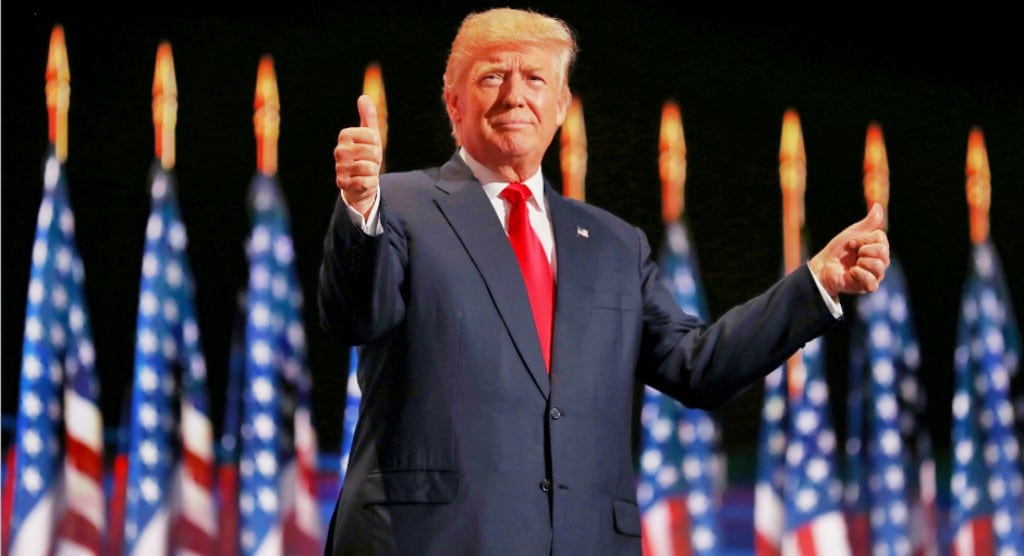 We recently witnessed the peaceful transition of power as Donald Trump was sworn in as the 45th President of the United States.

What critics call a “populist” or “nationalist” movement is really a cry from millions of Americans to take their country back from greedy globalist, corporations, and power-hungry politicians. America chose outsider Donald Trump to represent them in D.C., to put their concerns first and to deny the federal government from abusing its power.

It is a strong response to Barack Obama’s presidency, which had the illusion of putting Americans first, but largely indulged in radical, liberal policies and global interests. Rarely were regular Americans, all Americans, put first in his administration. Rather the interests of the Democratic Party, their expansion of government power, and the concerns of foreign interests were put well before Americans.

You can see the contrast between the men in their speeches. Donald Trump delivered a characteristically strong speech that echoed the kind of things he said all throughout his campaign. He shirked the traditional political powers and put the focus on us, the American people.

“Every four years we gather on these steps to carry out the orderly and peaceful transfer of power, and we are grateful to President Obama and First Lady Michelle Obama for their gracious aid throughout this transition. They have been magnificent. Thank you.

For too long, a small group in our nation’s capital has reaped the rewards of government while the people have borne the cost. Washington flourished, but the people did not share in its wealth.”

In Donald Trump’s Inauguration Address, he put the American citizen first, emphasizing our role in the destiny of our nation.  This is in keeping with his attitude during the campaign. Frequently Trump criticized our existing government and its leaders, including the White House, Congress, CIA, and the Federal Reserve.

It was a bold strategy, because it risked making numerous enemies in Washington.  But Trump understood something few politicians have: that the White House is won by the people’s, not the politicians’, support. He didn’t have to impress or kowtow to existing leaders, only the American people.

He continued this commitment to Americans in his speech.  He only spoke of himself a few times, using “I” at most three times.

Compare that to Barack Obama’s farewell address, in which he referred to himself frequently, using “I” over 30 times.

It’s fitting, considering his presidency was by and large about himself. Yes it was significant that he was the first black President. But it was clear the accomplishment went to his head. The glamour and prestige it brought the man came first, before serving all Americans.

Because Trump didn’t run for glory or fame — he had all that already — his goal is to serve the American people. In the spirit of Reagan and Ted Roosevelt, he will put politics aside to do what’s best for the citizens of this great nation.

“The forgotten men and women of our country will be forgotten no longer. Everyone is listening to you now. You came by the tens of millions to become part of an historic movement, the likes of which the world has never seen before. At the center of this movement is a crucial conviction that a nation exists to serve its citizens…

So to all Americans in every city near and far, small and large, from mountain to mountain, from ocean to ocean, hear these words. You will never be ignored again. Your voice, your hopes and your dreams will define our American destiny. And your courage and goodness and love will forever guide us along the way.”

Trump’s successful presidency will no doubt be a template for generations to come. People will look to his strong, selfless leadership as an example for every elected official.