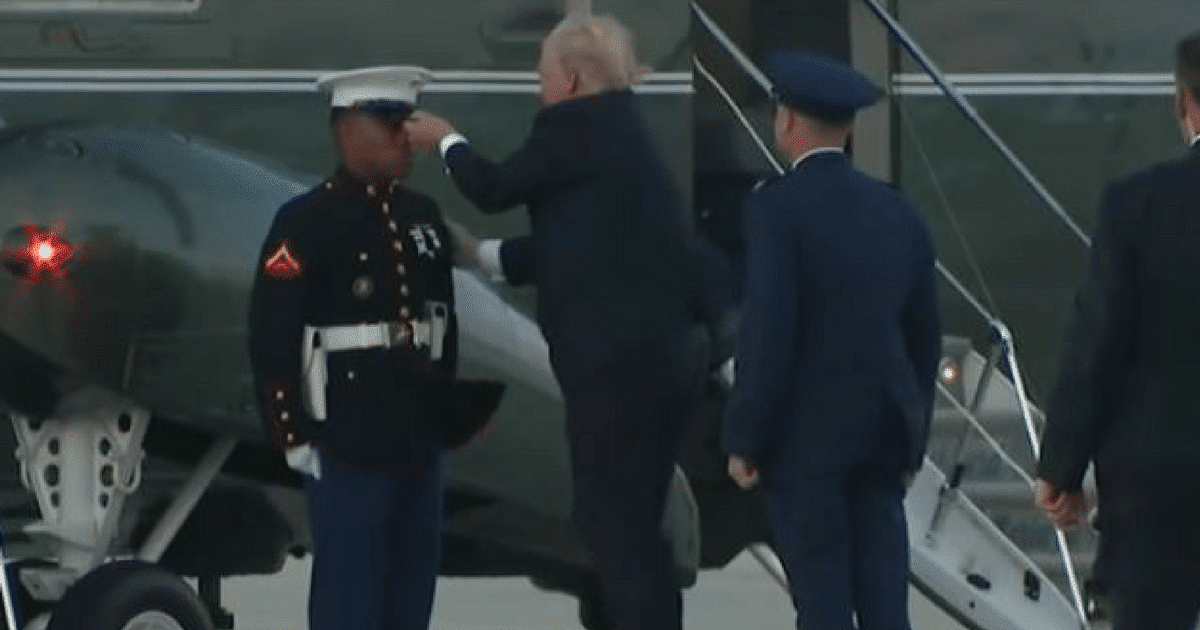 We all know that President Trump for all his wealth and fame throughout his lifetime, is a very down-to-earth, kind man.

And for those liberals who are trying to smear the president with every name in the book they can possibly find, we now have video proof that President Trump is truly, a man of the people.

Of all networks, CNN was able to capture the president doing his very best to help a U.S. Marine. The Marine, who was standing at attention, but lost his hat from the wind, had the unique opportunity of watching his president bend over, pick up the hat, and place it on his head again.

A clip of President Trump offering an act of kindness to a U.S. Marine as he prepared to board Marine One on a blustery day has gone viral.

The young Marine stands stock still at attention as his hat lay on the ground several feet away from him at Joint Base Andrews.

Instead of getting directly on his Marine One helicopter, Trump decides to offer the Marine a hand.

While being escorted by military and secret service officers, he pauses to pick up the hat and walk over to the Marine, who does not flinch.

As he places the hat back on the Marine’s head, it gets caught by the wind and flies off once again.

Trump turns and walks to retrieve it again, but is instead guided onto the helicopter as an official picks it up.

The president was preparing to take the puddle-jump from the Camp Springs, Md. base to the White House after a few days at the G-20 summit in Germany.

Here is the full video of the exchange:

Seeing this act of kindness from President Trump should show Democrats that it’s time to stop the rhetoric nonsense that the president is a jerk and actually work alongside the president to help make America great again.

Do you support our president and his helping the Marine? Comment below!