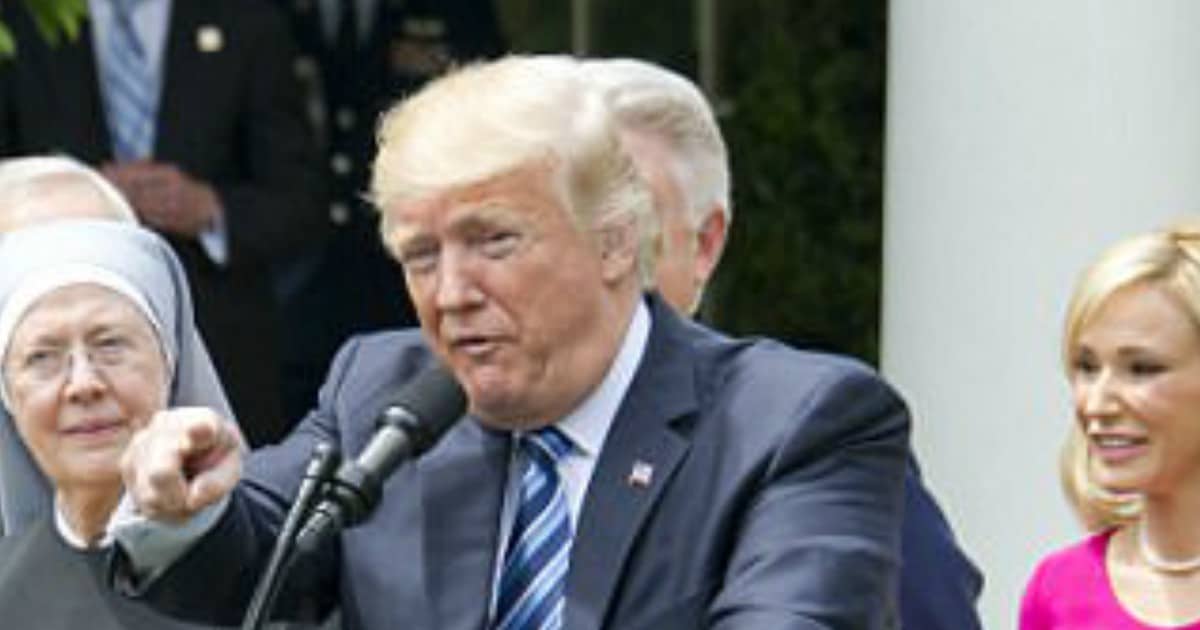 President Trump has accomplished a lot since January, but a lot of those accomplishments were of one very specific type: undoing all the damage that Barack Obama had done to the country.

And this one is no exception.

We should all be thankful that the power of the presidency allows a good man and President to undo the work of a bad president so quickly. But most of Trump’s work has been in smaller areas.

For example, cutting back so many of the national monuments that Obama set up just to keep Americans from using their own land. Or restoring faith in cops and the rule of law.

But Trump’s next signature won’t just restore faith in cops, or cut back on landmarks. It will restore faith, period. Because the President is finally set to reverse the most hated and anti-Christian part of Obamacare:

The requirement that employers have to pay for contraception for their employees.

Or, better put, the requirement that employers have to buy the medicine that allows their employees to end a pregnancy early.

The Trump administration is poised to fulfill a long-awaited promise to many Americans by reversing Obamacare’s mandate that requires most employers to provide free contraception to their workers through health insurance plans.

Basically, if you have a moral issue with paying for things that contribute to abortions, or the pro-choice movement in America, well, you no longer have to pay for those things.

But under Obama, you did.

Now, you might be wondering, ‘wait – but what about Hobby Lobby? Didn’t they win their Supreme Court case, and win the right to not pay for contraception for their employees?’

Well, yes, they did. But Hobby Lobby’s a private company. Public companies, where anyone can be an ‘owner’ because they own stock, are different.

But under Trump’s new rule, they won’t be anymore. And Christians across the country are cheering.

Father Frank Pavone, national director of Priests for Life, [rejoiced.] “For far too long, government has been trying to confine faith to the four walls of houses of worship. I’m confident that President Trump’s order will [ensure] that our religious beliefs are to be protected, not attacked.”

Now, if you guessed that lib groups are prepared to fight the Trump law, you’re right.

But given that they’ve been fighting Trump a while now, and have accomplished exactly nothing, I wouldn’t worry.