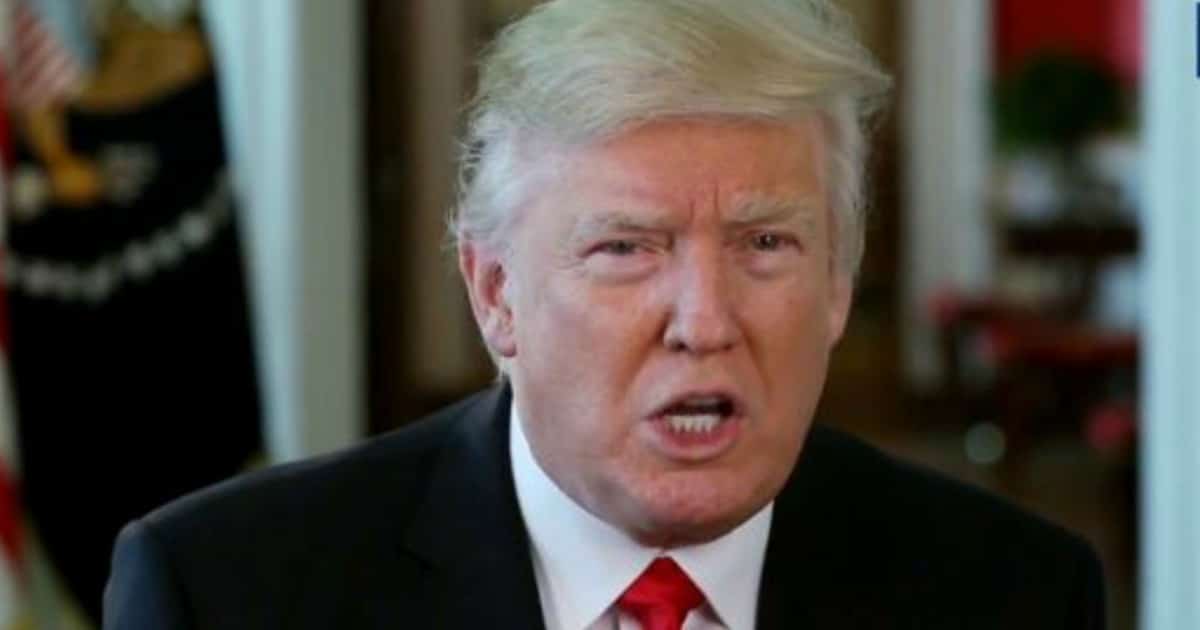 You probably think you know all the external threats that the US is facing right now, since they’re constantly in the news. But I’m willing to bet you’ve missed one.

But we’ve missed one: there’s also Venezuela. And the Socialist nation has quickly descended into anarchy as ultra-Socialist president Nicolas Maduro took all the power he possibly could from the country’s constitution. (Meaning, mind you, that he took ­_all_ the power. There’s no division of power left – he has it all.)

All while letting his people starve.

And Trump? He’s not the kind of man to sit back and watch Venezuela burn. And in a statement from the White House he’s issued a dire warning for the dictator:

“We will not stand by as Venezuela crumbles.”

President Donald Trump and his administration have no intentions of standing idly by any longer while socialist dictator Nicholas Maduro continues to starve the Venezuelan people and violently crack down on dissent against his authoritarian regime, and they just issued strong sanctions to make their point.

In an executive order, Trump authorized economic sanctions that include a prohibition against acquiring any new debt from the Venezuelan government or its state-run oil company.

‘Don’t acquire debt’ sounds way more boring than ‘we will not stand by.’ So let’s break it down:

Any new government like Venezuela’s, especially one that has made massive changes to itself, needs a lot of funding. And Venezuela’s in trouble as it is. The country needs money, and fast.

Obviously, the best place to get it is by getting loans from the US, and then expanding its oil production. And to this Trump has said, ‘no more. Not one penny of US money, not unless you change.

Which makes it really difficult for Maduro to do anything. Unless he decides to get help from China or Russia, which would make his situation with the US even worse. He’s between a rock and a hard place.

There are, of course, exceptions to Trump’s rule, but they’re good exceptions – humanitarian aid, for example, is still permitted.

And Trump’s order is a huge success.

The sanctions were met with bipartisan support from members of Congress — a rare achievement for any Trump White House initiative.

Trump is meeting this new threat head-on. But only time will tell just how big it will get.