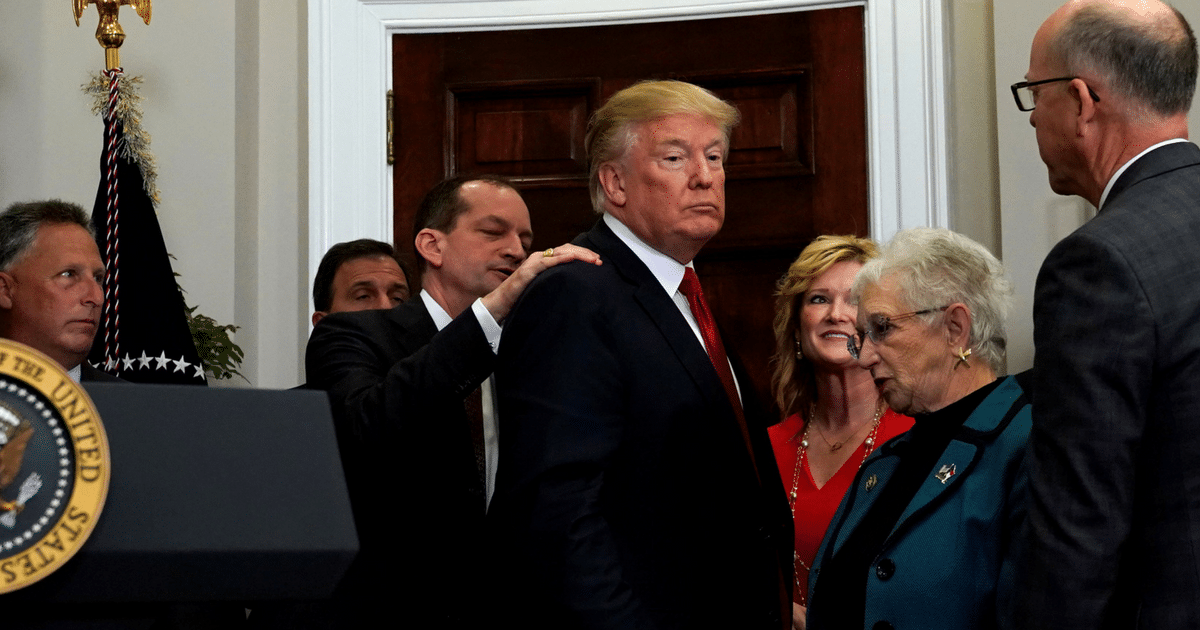 Any good businessman knows this: if you want something done right, sometimes you have to do it yourself. Even if it’s ‘fixing the country.’

The lib idiots in Congress can’t do anything right. They’ve screwed up on almost every part of Trump’s agenda, except nominating Gorsuch – and that was a near thing. They can’t fund a wall. They can’t pass a travel ban.

And they can’t repeal Obamacare.

Luckily for the rest of us, Trump is still committed to keeping his campaign promises. Even if it means going it alone.

In related news, Donald Trump has crippled Obamacare by cancelling the government subsidy payments that for so long had propped up the law.

In the latest blow to Obama’s healthcare bill, President Donald Trump is set to scrap key subsidy payments to insurers, the administration’s most aggressive move to undermine Obamacare yet.

An executive order from the president [allowed] healthy, young Americans to buy inexpensive healthcare plans outside of Obamacare’s restrictions.

The payments [are] worth an estimated $7 billion this year.

I honestly want to applaud.

The President has been asking Republicans in Congress to get behind his agenda for months now. And none of them have had the courage to act. It’s been one constant failure after another.

And the fact is, Trump can’t repeal Obamacare without Congress. But he can cripple it.

When your subordinates don’t do as you ask, sometimes you have to do it yourself, any way you can. It’s how you win.

And I bet that, once Obamacare fails, all those Republicans who were hesitant to join Trump will really, really wish they had. You know, before it was popular.

You might expect that Democrats are furious. You’re right, and they are.

But Trump is no dummy. He wouldn’t make such a move without a secure legal backing.

And in this case, the legal grounding for crippling Obamacare is rock solid.

“The Obama administration went ahead and made payments to insurance companies after requesting — but never ultimately receiving — an appropriation from Congress as required by law.”

“After a thorough legal review, we believe that the last administration overstepped the legal boundaries drawn by our Constitution.”

That ‘legal review’ isn’t a bluff. It’s the opinions of several seasoned DC lawyers from several different branches of the government. Including the attorney general himself.

Trump’s move is on sound legal footing. And America is rejoicing.