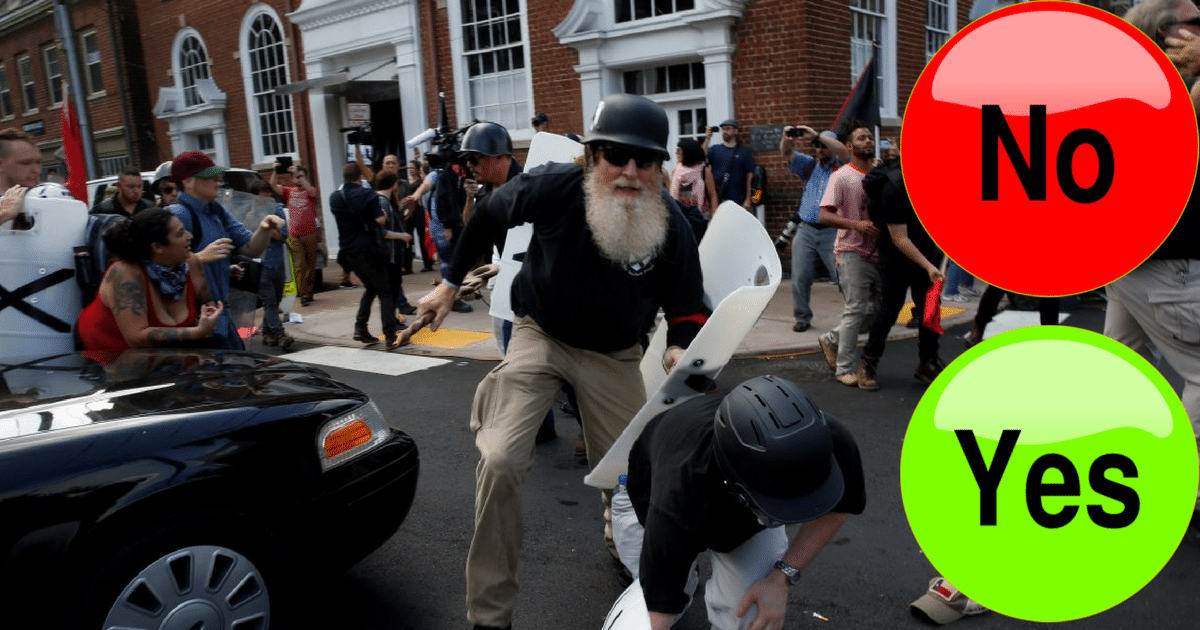 President Trump faced unrelenting criticism of his statements about the violence  that occurred in Charlottesville, VA. The left who is always looking for something to blame Trump for said it was his fault that the White Supremacists and Neo-Nazis marched in the first place. And when he didn’t respond at the exact moment and in the exact way they thought he should, they automatically resorted to labeling him a racists and biggot, again.

However, it wasn’t only the left that criticized the president for his statements. Many republicans also made it clear that they thought he reacted poorly to the horrific event. Although, to be fair, they were mostly the republicans that have never supported Trump. They see him as an ‘outsider’ and they have very little in common with him. So their critics are not a surprise either.

What is a surprise, is that even a Virgina Police spokesperson agreed with the president that there was violence “on all sides.”

The firestorm began after Trump condemned the “display of hatred, bigotry and violence on many sides” in an initial statement.

Someone who wasn’t condemned for making a similar statement was Virginia State Police spokeswoman Corinne Geller, who echoed Trump’s comments, blaming the violence on “all sides”:

“We were hoping that it would not elevate to this level of the violence that we witnessed amongst the participants in the crowds, on all sides. They were throwing bottles, they were throwing soda cans with cement in them. […]”

So we here at MRA want to know what you think. Do you support and agree with our president’s views? Or are you with his many critics who disagree?