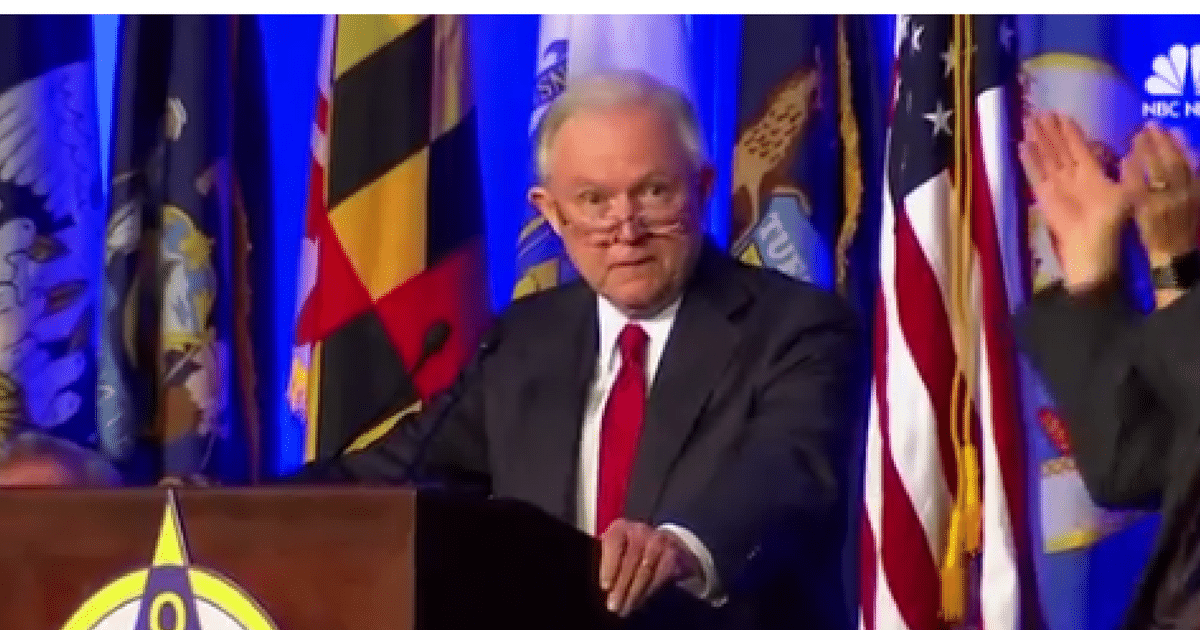 Under the Obama era, it seemed like police officers were given the boot.

Hard working law enforcement were treated like a problem that needed to be solved. Police officers were looked at as people that could not be trusted. And presidential policy mirrored that ugly bias.

But those days are over. We have in the White House a man that supports the people that keep us safe every day. And he’s making sure they are better equipped.

“Some of these programs, like the Department of Defense’s 1033 program that Congress signed into law more than 25 years ago, have recycled more than $5.4 billion in used gear and equipment that taxpayers had already purchased,” he said.

Sessions announcement of the executive order was met with a rousing applause from the audience.

Time and again we learned about Obama attacking and limiting the authority of our police officers. The one group tasked with preserving American lives were considered the enemy by the Commander in Chief.

It was a shameful stance for an American President to have. Thankfully, President Trump does not share that sentiment. From the very beginning, he vowed to be the law and order President. And that’s just what he is.

In an age of terrorism, rampant crime, and shocking acts of domestic terrorists, police need every bit of help. As Antifa continues to attack innocent Americans, good police need the right kind of gear to shut these monsters down.

We have to understand that the left is at war with our values and way of life. They hate democracy, free speech, and private citizens succeeding on their own.

They will sic their dogs on us at every available opportunity. That’s when we need honest, hard working cops to put a stop to their un-American actions.

This executive order ensures that local police departments will have access to gear that can keep Americans safe. It’s about time.