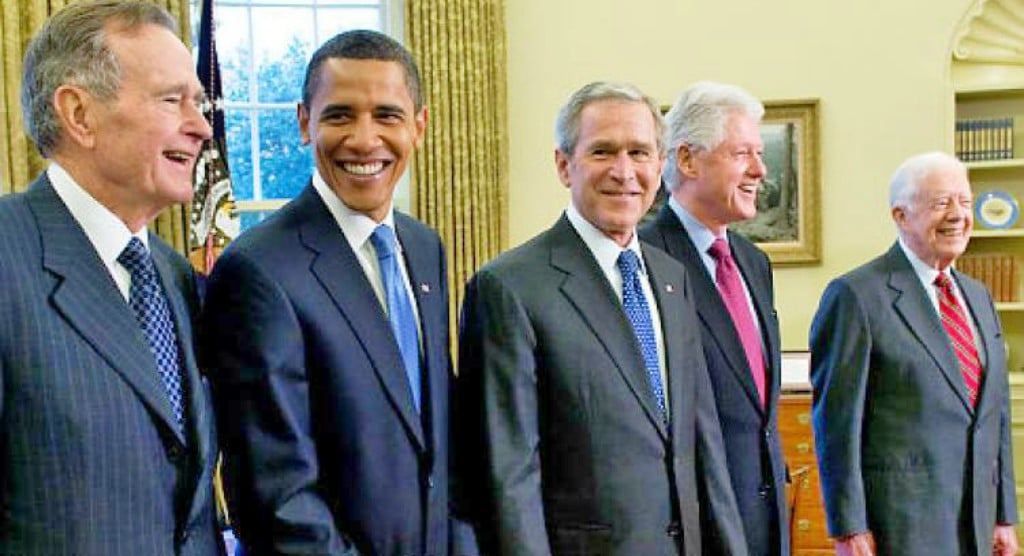 It is an American tradition that all living Presidents attend the Inauguration. One of the finest examples of our democracy and the peaceful transition of power — something very rare in other parts of the world — is clearly on display when former Presidents of differing parties come out in support of the incoming leader.

Even when Obama was inaugurated, Republican Presidents Bush Sr. and W. were on hand to show their support for our nation and its future.

This tradition was to continue this January 20, as all living Presidents had committed to attending Donald Trump’s inauguration.

But recently we’ve received word that George H. W. Bush will not be attending.

Former President George H.W. Bush and his wife could end up “six feet under” if they sit outside for Donald Trump’s inauguration this week, the former president wrote the president-elect in a personal letter.

“Barbara and I are so sorry we can’t be there for your Inauguration on January 20th,” the former president wrote in a note dated Jan. 10. “My doctor says if I sit outside in January, it will likely put me six feet under. Same for Barbara. So I guess we’re stuck in Texas…”

The elder Bush, who was not expected to attend over health concerns, was hospitalized this week in Houston, according to an aide, who told the Houston Chronicle that the 92-year-old was admitted to Houston Methodist Hospital after falling ill.

Bush was recently hospitalized, but remains in stable condition. He and his wife, both in their 90’s, must surely look after their health.

Doctors say he suffered from acute respiratory problem stemming from pneumonia. Any undue traveling or exposure to the cold weather of D.C. could prove hazardous to both the former President and his wife.

Donald Trump was quick to express his thanks to the Bushes and to wish for a quick recovery.

Looking forward to a speedy recovery for George and Barbara Bush, both hospitalized. Thank you for your wonderful letter!

It looks like the bad blood that existed between the Bush family and Trump during the campaign — due largely to Jeb’s loss to the Trump — has evaporated entirely.