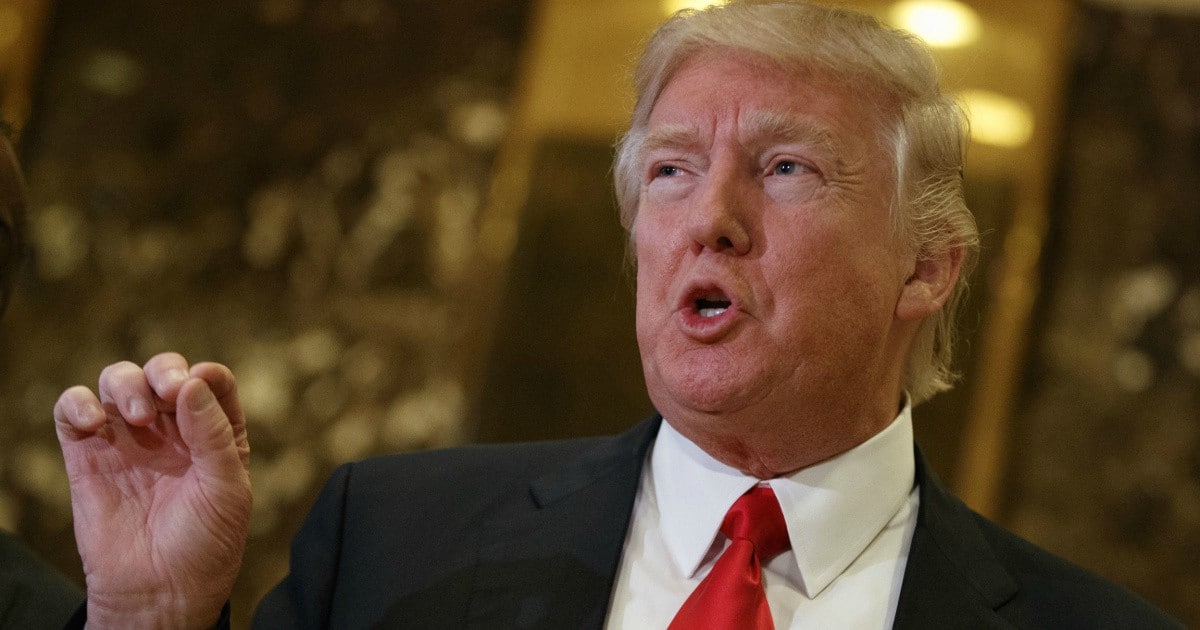 President Donald Trump is a man of his word. Since taking office, we’ve seen him make good on many of his campaign promises.

So, when he vows to do something, you better believe he’s going to do it. Such was the case when he made a promise to do this one thing, with all necessary measures.

During the call, which took place late Sunday night Washington time and mid-morning Monday Tokyo time, the two leaders also struck a deal to pursue further action against Pyongyang after the Friday launch…

“International society, including Russia and China, need to take this seriously and increase pressure,” Abe said, according to Reuters.

He added that Japan would be increasing its defensive capabilities against a North Korean attack in cooperation with the United States and pledged that he would keep his people safe.

A White House statement issued after the phone call said both leaders “agreed that North Korea poses a grave and growing direct threat to the United States, Japan, the Republic of Korea, and other countries near and far.”

North Korea is becoming more and more aggressive. That’s nothing new. We’ve been watching the rogue nation for many years.

Yet recently it’s been made clear that they are trying to get a functioning missile ready at all costs. Time and again they’ve tested missiles that have been aimed at Japan. Their close proximity to our ally makes it a ready target.

North Korea would like nothing more than to attack the prosperous nations of Japan, South Korea, and other neighbors. They are thriving—thanks to capitalism—while Communist North Korea fails.

With functioning ICBM’s, North Korea could pose a serious threat to every American ally in the region. Nothing would stop them from opening fire, costing the lives of millions.

That’s why it’s important right now, to put pressure on the nation. The United States and our allies must work to prevent North Korea from having those kinds of capabilities. Otherwise… disaster is certain.

Be sure that the President’s words carry serious weight. When he promises to protect Japan from North Korea, he means it.

Let’s just hope North Korea is smart enough to back down.