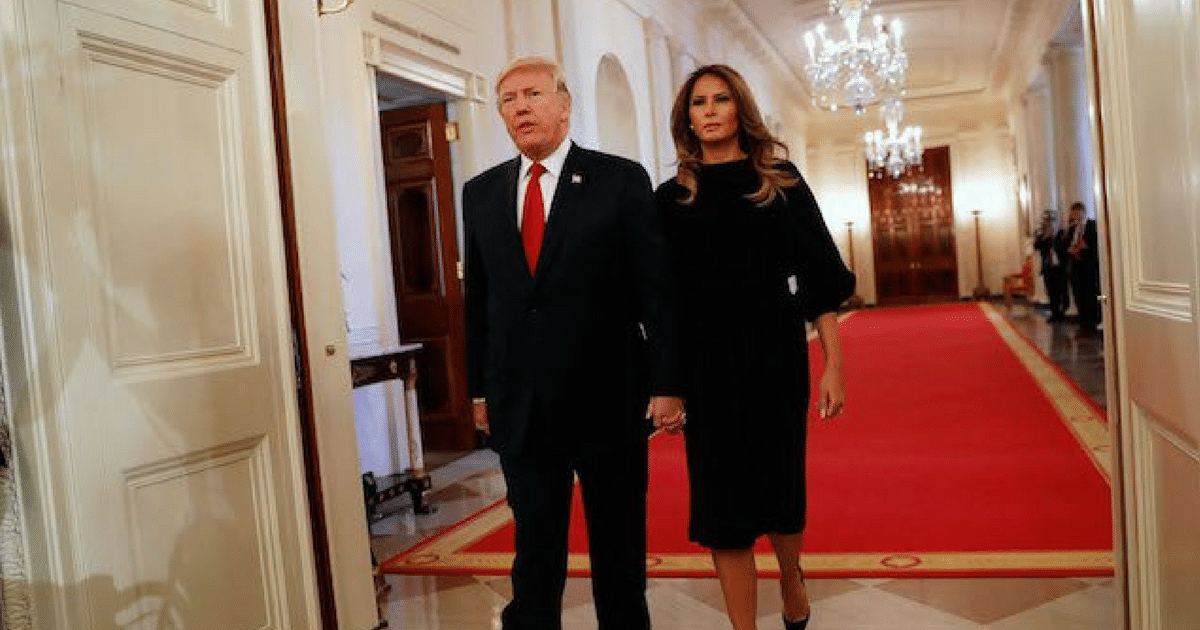 Donald Trump is no stranger to creepy people. After all, he used to be a part of the same social circles as Bill and Hillary Clinton. And they used to be friends with sex offenders.

Of course, there’s a huge difference between coming across someone at a party, and inviting that person to a party you’re hosting. Trump passing Hillary at a party? Whatever. Trump inviting Hillary over for White House lawn tea? That’s big.

So it’s no surprise when heads turn after hearing rumors about Trump’s next party.

Melania and President Trump will host a Halloween event for children and military families next week.

“On Monday, October 30, 2017, the White House will open the South Lawn to ghosts and goblins of all ages,” the first lady’s office said.

The Trumps will hand out presidential M&Ms and Halloween-themed cookies. Kids can also trick-or-treat from Secret Service agents, NASA officials, FEMA personnel, National Park Service officers, and Education Department members who will be scattered across the lawn.

Parties with children are cute, of course, and a great photo op. But it’s still a time when the president is exposed, and should be wary. An event like this takes more bravery than you’d usually think.

.@POTUS invited children of the White House Press Corps into the Oval Office for a Halloween party pic.twitter.com/SjH5Mv2Q01

Especially now – after all, more than a few people have managed to make it onto the White House lawn just by getting a running start.

And the Secret Service? They may have been licked into shape since this former agent spoke out, but I doubt it. The problems that Dan Bongino laid out in his expose of the Secret Service would take years to fix completely.

It’s barely been a month.

On the other hand, it’s refreshing to see that the White House is business as usual in light of Democrats ramping up the Fake News machine with Mueller.

Nothing says ‘I’m calling your bluff’ like not canceling anything that’s been scheduled. Trump has stared down powerful businesses before. Staring down Mueller and the Dems is probably a walk in the park.

Or, in this case, a walk on the White House lawn.