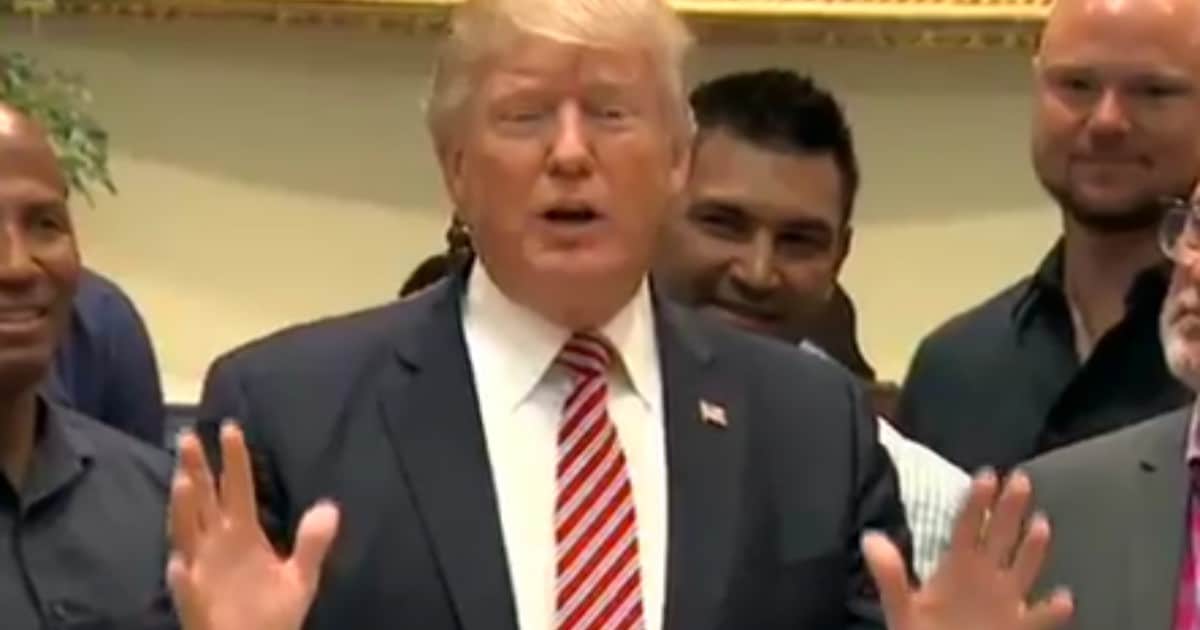 If there’s one thing I’ve learned about Donald Trump, it’s that he’s always got a trick up his sleeve – even when he looks like he’s going to lose. It’s why I’m trusting him now.

There’s almost too many examples of this to count, but a few come to mind. Threatened by foreign powers and bad deals? Just put Iran on notice.

Threatened by war from an insane North Korean dictator? Just fly bombers over the country.Threatened by what looks like a sure-fire defeat in the election? Find a way to win, even if no one believes you will.

Which is why, even though it looks like the Republicans won’t pass the new health care bill, I’m waiting to see what happens. Because Trump always has a trick up his sleeve.

In fact, he said so himself.

President Trump on Wednesday promised that a “big surprise” is in store for the health care package currently being considered by the Senate.

Trump did not elaborate on what the surprise might be. When asked what that meant, Trump answered: “we’re going to have a great, great surprise.”

If you haven’t followed the treasonous events in Congress recently, let me catch you up.

Trump – and nearly every Republican alive – has promised to repeal and replace Obamacare. It’s a promise that has been building for nearly eight years. It’s not one they can just walk away from. In fact, it’s probably the most important.

The Left, up to its usual lying bag of tricks, has told the country that millions will die if Obamacare falls. And many people believe them.

And, at the moment, it looks like the Senate vote on TrumpCare would fail. So the vote has been postponed, thanks to liberal screaming and Republican weakness.

It’s just the kind of moment where all appears to be lost. Except for one thing: And if there’s one thing I know about Trump, it’s this: when he’s confident, don’t trust the news reports. Don’t trust the polls, either, or the weak words of other politicians.