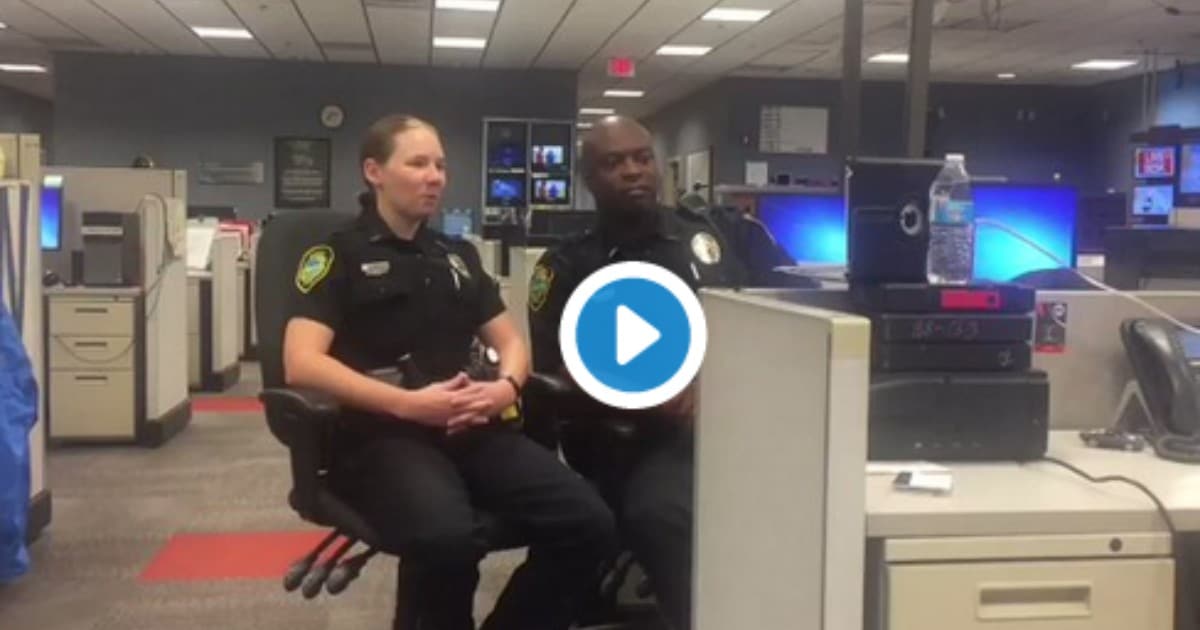 If you listen to libs talk, you’d think that cops spend all their time preying on the weak and abusing power. Which would make the following images seem, well…really out of place.

One of the dull parts of the job for a cop is responding to local complaints – ‘this guy is too loud at a party,’ or ‘my neighbors’ dog won’t stop barking,’ or some other nonsense.

When neighbors can’t work things out themselves, the next step is to call the cops. And guys whose main job is to protect and serve have to stoop to serving as petty judges.

In this case, local cops were called in to break up a neighborhood Fourth of July party after an anonymous whiney neighbor decided to ruin the fun. Officers had been told that a homemade slip and slide was blocking the road.

They had to decide whether to order the neighborhood to take the slide down. But the officers rode on it instead. I congratulate them on the right call.

It was a telltale sign the party was coming to an end: The police showed up.

But when cops in Asheville, North Carolina, responded to a complaint about a giant slip-and-slide that had been set up for a Fourth of July block party, they did the unexpected: They took a ride themselves.

Resident Katlen Joyce Smith said one of the local dads decided to build a slip-and-slide for the neighborhood kids to enjoy during the annual block party.

In the middle of the party, two officers showed up. They had received a complaint from one of the neighbors that the DIY water slide was blocking the road, Asheville police said.

“When the police came, they quickly realized that wasn’t the case and asked if they could take a turn,” Smith said.

The slide, as you can see from the video and the images, is clearly along the side of the road. It’s no more ‘blocking it’ than any car that’s parked alongside.

And given that you slide in a raft, and not on your belly, there’s little chance of slipping on to the road and scraping yourself up.

“We looked at it and determined it wasn’t really an issue,” Officer Carrie Lee said in a video the police department posted on Twitter. “So the first thing I said, I said I’m not here to break up your fun.”

“I hope the neighbor who called them saw it all go down!!”