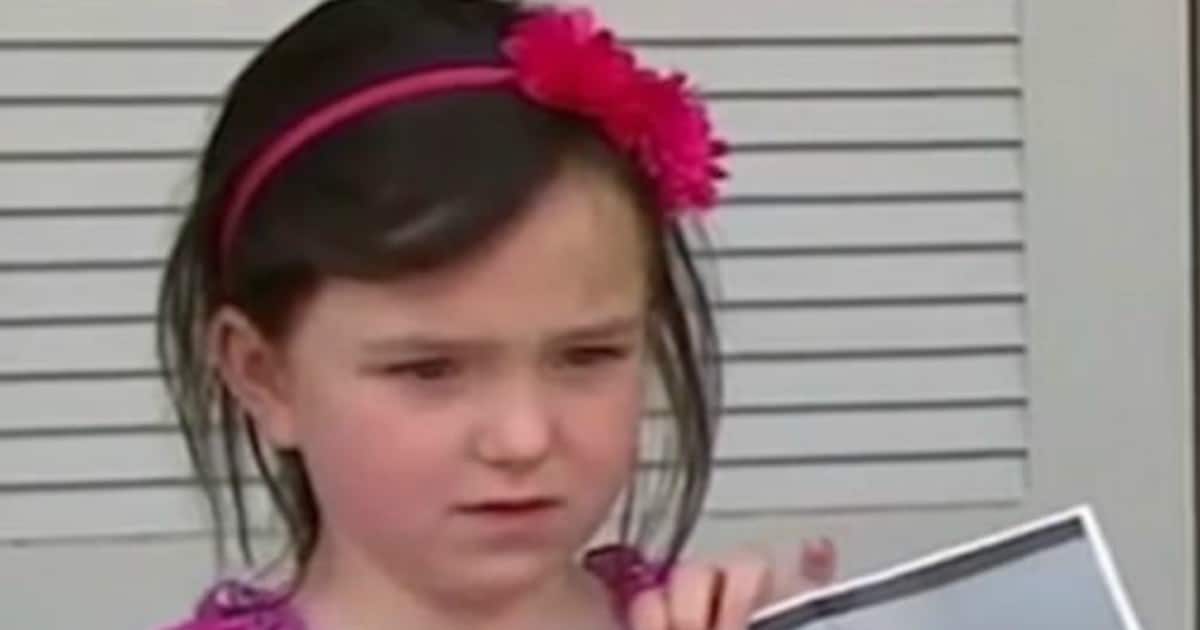 The saddest part about being liberal is the complete lack of proportion they give to different issues.

That sounds a bit complicated, but it’s simple. Take Islamic terrorism. It’s pretty obvious that ISIS and Islamic militants pose a threat to innocents, and the US.

So preventing them from entering our country is an obvious step in the right direction.

But liberals will oppose that.

Now, take a kid playing with a toy gun. It’s obvious that that isn’t going to kill anyone, or hurt anyone, or even be anything that the kids will even remember. Obviously, nothing to spend any energy fixing.

But, true to form, liberals will toil day and night, ceaselessly, until that dumb kid learns his lesson.

Or her lesson. This is a true story. Like I’ve said before, I’m not making any of this up.

Actually, that’s not accurate. It was a stick. A stick shaped like a gun. And this is what liberal America thought was too dangerous to allow to continue.

A five-year-old girl was suspended from school after picking up a stick and pointing it like a gun to her friends during a break time game.

Caitlin Miller of Hoke County, South Carolina was ordered home after officials saw her during the game of ‘King and Queen’ with her two friends.

The youngster picked up the stick which she found in the school yard and pointed it, causing alarm among staff.

The school sent Caitlin home and photographed the offending object before sending a copy of the image to her mother Brandy Miller, [and] maintained the five-year-old presented a threat to other students as soon as she made a shooting motion with the stick.

I’m no engineer, but I’m pretty sure that ‘threat to other students’ is an exaggeration. Because I’m pretty sure a gun, made of a stick, can’t shoot real bullets, or harm anyone.

I’m guessing the school’s policy started off as a way to prevent school shootings, by finding the shooters before they strike.

But it sounds to me like some anti-gun nutjobs started messing with the rules.

5 yr old Caitlin Miller returns home after her first day back from suspension over playing with stick that looked like a gun. #abc11 pic.twitter.com/DfzrY0zHEO

Trying to explain to her that playing like that is wrong was a challenge… because it’s not wrong to play like a damn kid when you’re a kid!