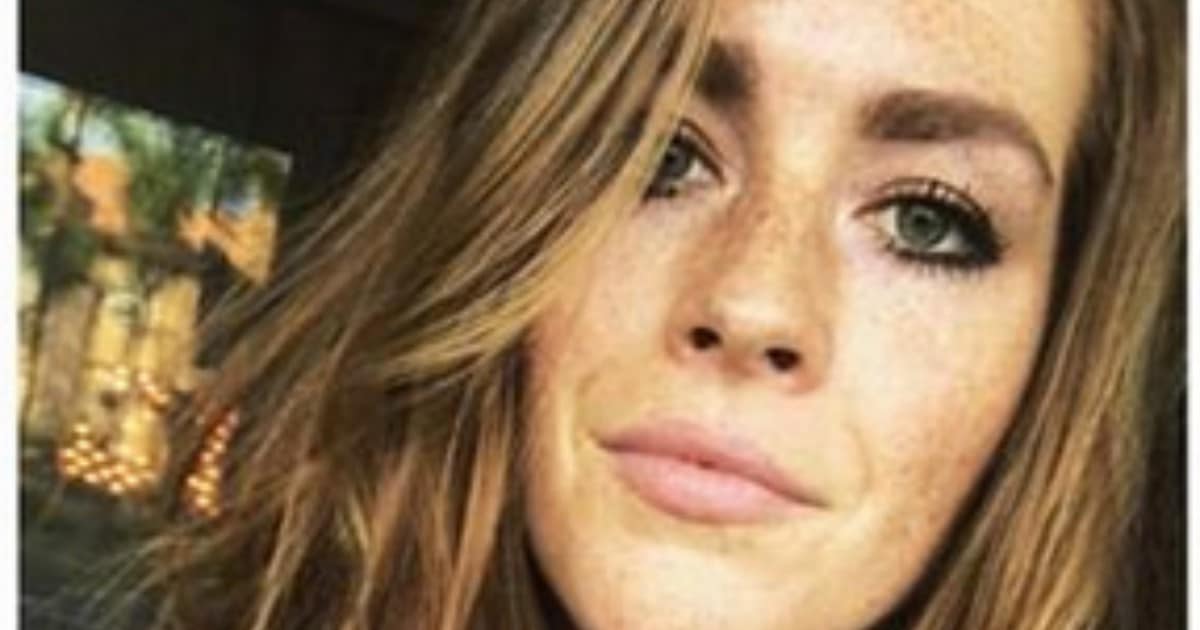 Working as a deliver guy is hard. You work long hours, get low pay, and have to put up with customers.

Generous tips are a good incentive. But what happens when a customer forgets to tip?

Here’s what you don’t do, as a driver learned in Hermosa Beach, CA.

A woman who didn’t tip a pizza delivery man allegedly received a ‘terrifying’ letter in response.

Lauren Ledford, from Hermosa Beach, California, says she ordered a pizza from the US Postmates app, ate it, thinking everything was fine, and then found the note on her front door six days later…

It appears that Lauren wasn’t aware that her delivery charge added to her order didn’t go directly to the man who served her. So perhaps she thought he was covered.

Either way, the delivery driver thought he’d been short-changed, and it prompted him to write an angry letter. Lauren shared it online. It’s four pages of name-calling and threats. Lauren posted it to Instagram and Facebook. 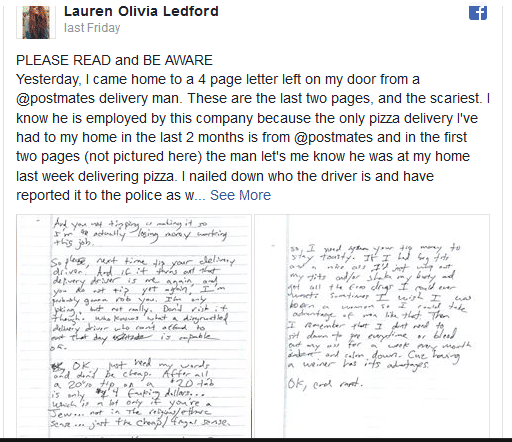 “Please next time, tip your delivery driver. And if it turns out that delivery driver is me again, and you do not tip yet again, I’m probably going to rob you,” the man writes.

“I’m only joking, but not really. Don’t risk it though. Who knows what a disgruntled delivery driver who can’t afford to eat that day is capable of.”

Yikes. I know I wouldn’t use that service anymore!

I know delivering pizza is tough, but threatening a woman for not tipping? That’s way out of bounds.

Ledford reported the issue to the app’s customer service. It appears he was or will be fired. But she also reported the letter to the police. If a man is willing to do that for not getting a tip, imagine what he’ll do if she got him fired!

But he deserves it. No amount of bad behavior from a customer justifies threatening to rob them. This is like customer service 101: don’t threaten the customer!

It’s actually shocking this man received no training from his company on how to treat customers. Or that the company is hiring people so deranged, they think leaving threatening letters is good behavior.

Either way, you might want to think twice before using that app.