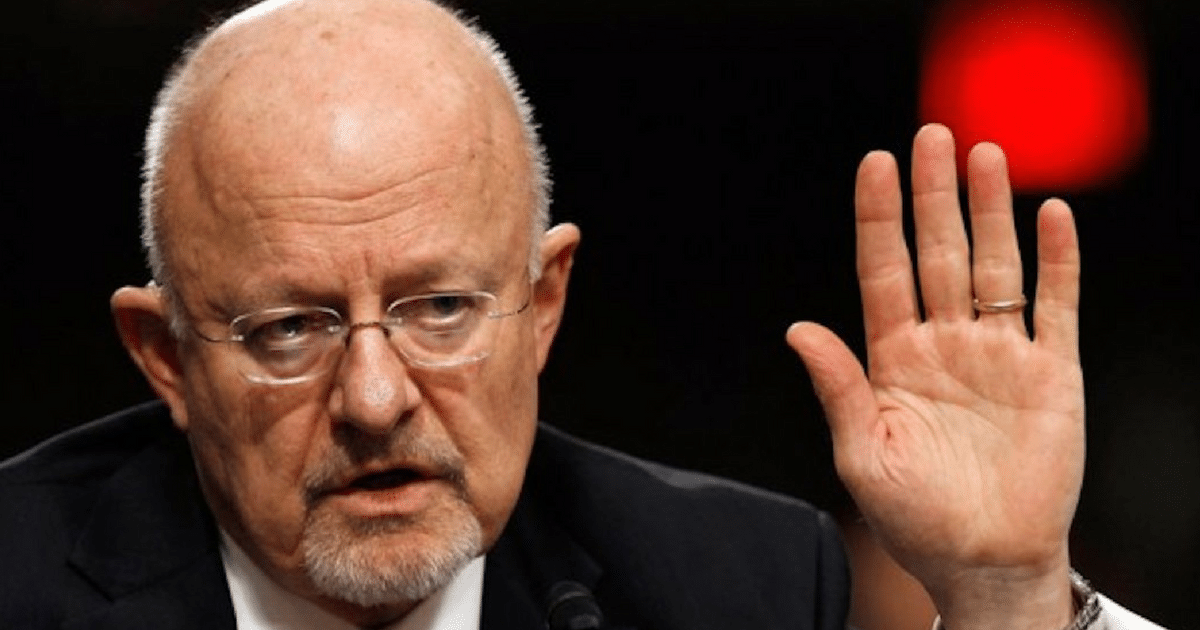 Months ago, President Trump announced that he was being wiretapped by the Obama administration.

Even though the media laughed it off, more and more evidence proves he was right.

Most recently was the revelation that his former manager was being wiretapped secretly. And now James Clapper, one of Obama’s lap dogs, admits this one thing.

"Its possible" President Trump's voice was picked up in a wiretap of Paul Manafort, says former spy chief Clapper https://t.co/2ELM48axAa

Earlier this year, former Director of National Intelligence James Clapper flat-out denied the existence of a FISA court order for a wiretap against the Trump campaign…

Since then, news reports have claimed that former Trump campaign chairman Paul Manafort was wiretapped under a secret court order before and after the election.

Appearing on CNN Thursday, Clapper maintained he was not aware of a FISA warrant against Paul Manafort. He did, however, make an interesting admission.

“Is it possible the president was picked up in a conversation with Paul Manafort?” CNN’s Don Lemon asked.

Clapper previously made it clear that, as the head of DNI, he would know about any FISA order to wiretap an American citizen. His most recent denial of knowledge about Manafort being wiretapped under the Obama administration raises some interesting questions.

Of course it was conceivable. The main reason they wiretapped Manafort was to get at Trump! They found a loophole to tap his communications, hoping they’d find him chatting with Trump. Their ultimate goal was to catch Trump in some kind of wrongdoing, hoping to nix his chances during the election.

But they found nothing, because rumors of Trump working with Russia were just that, rumors. So they backtracked the entire story and denied wiretapping anyone. Now we’ve discovered that they were secretly monitoring Manafort.

How many more days will pass before we learn that they had another wiretap on Trump?

This is big, corrupt government run amuck. Part and particle of the Obama era. Democrats think they can play fast and loose with their power, abusing private citizens. Just as long as we don’t find out.

But we’re finding out, folks. And what we’re learning just might cause a few heads to roll.