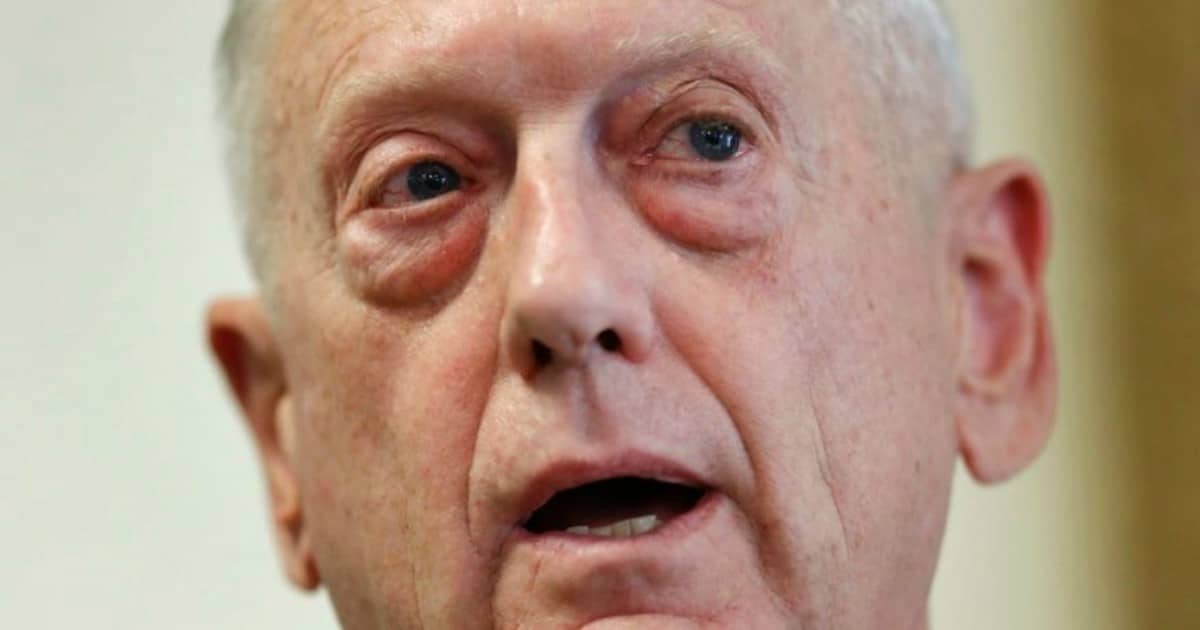 The U.S. military has one goal: keep Americans safe. It’s not a social experience. It’s not a place for activists to have their say.

The lethality of our fighting force cannot be weakened by politics and bad leadership.

But that’s just what we had for years. Good news, that’s all turning around.

The Pentagon has delayed enlistment of transgender people into the armed services for another six months.

Defense Secretary Jim Mattis is giving military leaders the additional time to insure the change won’t affect the readiness and lethality of the force. That’s according to a memo Mattis wrote that was obtained by The Associated Press.

Mattis’ decision endorses an agreement created last week by military service leaders. That new deal rejects Air Force and Army requests for a two-year wait and reflected the broader worry that a longer delay would trigger criticism on Capitol Hill.

Under former Defense Secretary Ash Carter, the military branches had six months — with July 1 as the deadline — to come up with a new policy for new transgender recruits.

It remains to be seen if trannies can keep up with the demands of our military. We’ve often learned how the military has to lower standards to let women into their ranks. Imagine what will happen if we have to put up with soldiers and airmen that are pumped full of gender-warping hormones!

Mattis is right in delaying this stupid request. The men and women that serve us in the Armed Forces need to be fighting fit. They must be prepared, physically and mentally, to meet the challenges of war. How can someone do that if they can’t even handle their own gender?

Mostly likely, this delay will provide ample evidence that transgender people do not belong in the military. They can serve in other ways, but not on the battle field.

Considering this whole thing was a ruse to get the military to pay for individual’s gender therapy and surgery, I won’t be surprised when they shut it down.