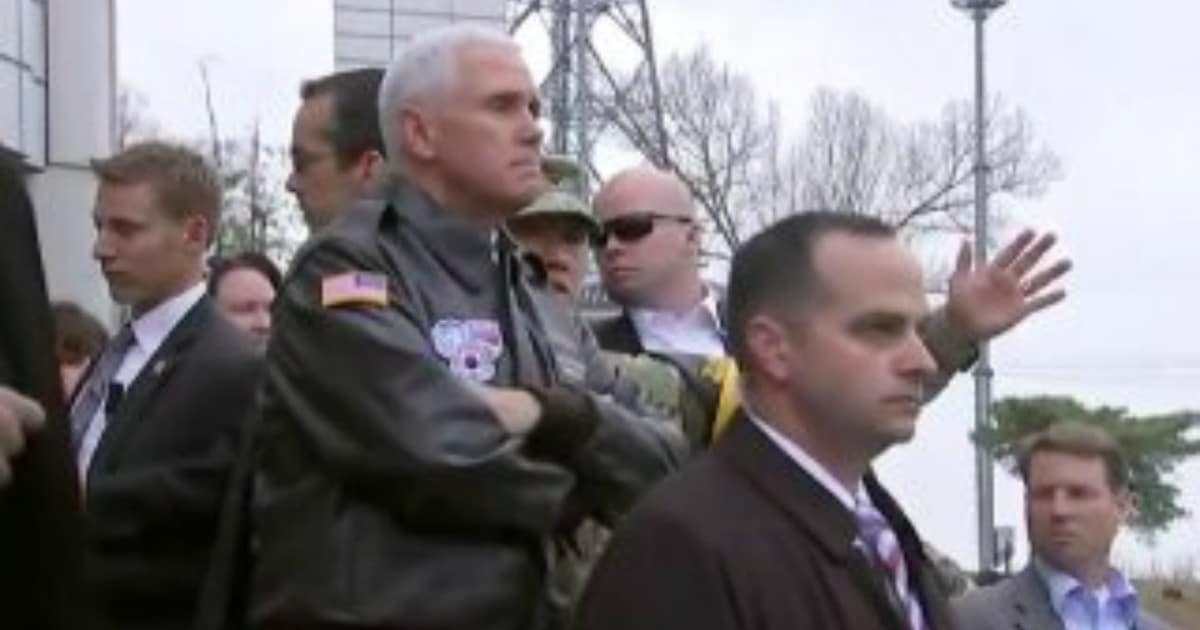 For far too long the world has walked over the United States.

In an age when we face unprecedented threats from terrorists and rogue nations, our past leaders have taken a back seat to world affairs.

Instead of leading by example, allowing American values and beliefs to impact the rest of the world, they have let the toxic and broken policies of others set the tone.

Perhaps that is why the situation in the Middle East is so dire. That is certainly the case in Asia, where rogue state North Korea continues to threaten America and her allies.

But those days of weakness are over. In the White House we have leadership that will actually stand up for American values and freedoms. We have leaders that resist tyranny, oppression, and injustice against America and innocents around the world.

We have this not only in our Commander in Chief, Donald Trump, but in his Vice President, Mike Pence.

Recently Pence traveled to South Korea as a part of U.S. support of the nation. While there, he wasn’t afraid to show the North Koreans whose boss.

Vice President Mike Pence made a surprise trip to the Korean Demilitarized Zone on Monday, reportedly breaking his security plan in order to get a closer look at North Korean troops amid increased tensions in the region.

The Korean DMZ is the strip of land that separates North Korea from South Korea and includes small blue buildings, referred to as “conference row,” where talks with international VIPs generally occur.

Pence also warned North Korea on Monday not to test “the strength of the armed forces of the United States in this region.” However, he also revealed the Trump administration prefers finding a solution “through peaceable means” and “negotiations.”

Past administrations seemed to pander and play games with foreign nations, even ones who threatened our country. They refused to show backbone to countries like Iran, Russia, and North Korea, so these groups walked all over us.

But in VP Pence we have a leader that will not show intimidation to a nation that oppresses its people and frequently threatens the United States. He had no problem staring them down — and by extension — the entire corrupt system of North Korea.

We can be confident that the Trump administration will handle North Korea appropriately. The liberal media might try to skewer the actions and words of our leaders, but make no mistake: true and strong leadership is back at the White House.

The entire world knows this, including North Korea.