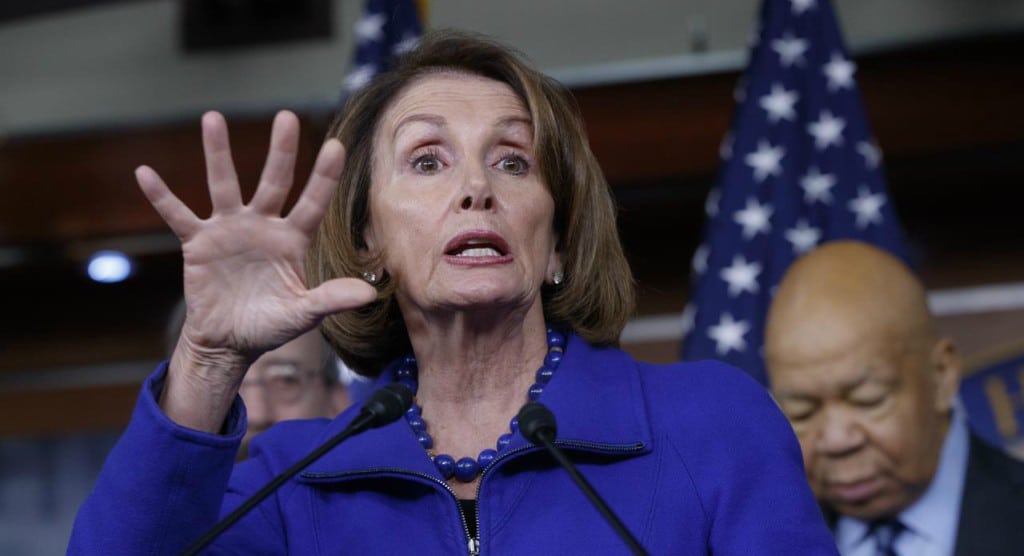 While it was an upsetting turn of events, these things happen. The president did the right thing and asked for his resignation, in order to move forward with leading this country.

Liberals though, just can’t help themselves. They’ll want you to think this is damning evidence of a supposed weakness in the Trump administration.

They’ll try to use this hiccup to undermine America’s confidence in our new president, despite all the good he has already done.

But there’s just one problem, the left are stupid.

The well passed her prime Nancy Pelosi recently embarrassed herself, calling President Trump “Bush.” Now it looks like she taken her ignorance a step further.

Yes, sorry, to correct the record – just learned like many others that the Flynn tweet this morning was fake. https://t.co/In9XO3r55h

Pelosi read a tweet allegedly written by Flynn that claim he was a “scapegoat” for what really happened.

The 76 year old former Speaker quoted this in a news conference this morning while arguing for a full investigation into Flynn’s actions.

The problem for Cummings and Pelosi? The @GenMikeFlynn is a clearly marked parody account. And they weren’t the only ones who were duped by the account.

While I accept full responsibility for my actions, I feel it is unfair that I have been made the sole scapegoat for what happened. (1/2)

Even the New York Times Slimes fell for it and had to issue a major retraction!

It sounds pretty humorous and harmless, but the deeper problem is much more disturbing.

The left is so determined to undermine our Commander in Chief, to prevent him from making America great again, they are willing to jump on anything to do so.

They can’t even do their due diligence when reading Twitter.

When our leaders can’t separate fact from fiction, reality from fantasy, should they continue to be our leaders?