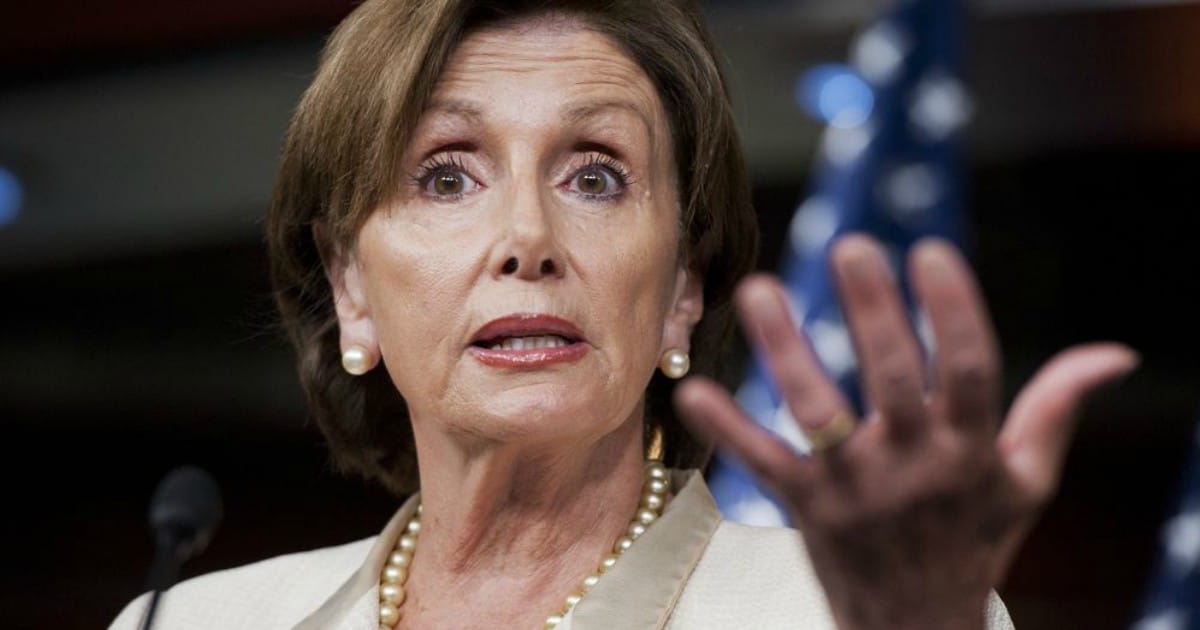 I never, ever thought I’d say this, but here it is – someone on the left just learned a lesson.

The DC Baseball Shooter is on everyone’s mind today. It’s something that was a long time coming – a leftist, hearing day in and day out about how evil Republicans were, finally decided to try to kill a few of them. The hateful rhetoric from the Left has consequences.

A few of them have finally realized this. One, oddly enough, was Bernie Sanders.

"I am sickened by this despicable act."
Sen. Bernie Sanders​ condemns alleged shooter James T. Hodgkinson, a volunteer on his 2016 campaign pic.twitter.com/dom250sElU

But Nancy Pelosi? I didn’t expect that. Nor did I expect her words yesterday:

“I pray for Donald Trump, that his presidency will be successful and that his family will be safe.”

“I pray, which is frequently and certainly every Sunday, I pray for all of you,” Pelosi told the bipartisan gathering of congressmen, telling the chamber that she has also been the target of violence, along with the President. Then she delivered a line few on the right might have expected:

“I pray for Donald Trump, that his presidency will be successful and that his family will be safe.”

"Every time I pray, which is very frequently…I pray for all of you. All of you together," Rep. Pelosi says to House of Representatives pic.twitter.com/mubUeMkHaa

Now, there’s always the possibility that Pelosi is full of it, and is just using this for political gain. Certainly many a conservative thinks so.

Pelosi, you are a HYPOCRITE

This was a HATE CRIME against Republicans

You, of all people, have spewed more hate speech against our @POTUS https://t.co/keoo8At9zm

But there’s always the possibility that she’s sincere. Which would mean, in one of the biggest moments of irony in American politics, that the threat of violence finally brought liberals and conservatives together.

She’s not lying, either. Pelosi has received her own share of violent threats. The FBI even had to make an arrest way back in 2010, a man by the name of Gregory Lee Guisti. He made one too many threatening phone calls to her office and home.

And the threats against Trump? Please. They’d be too numerous to even count.

So to have two political opponents suddenly come together when the threats turn into violence?

Assuming, of course, her prayer is sincere. Let’s hope God hears it anyway.