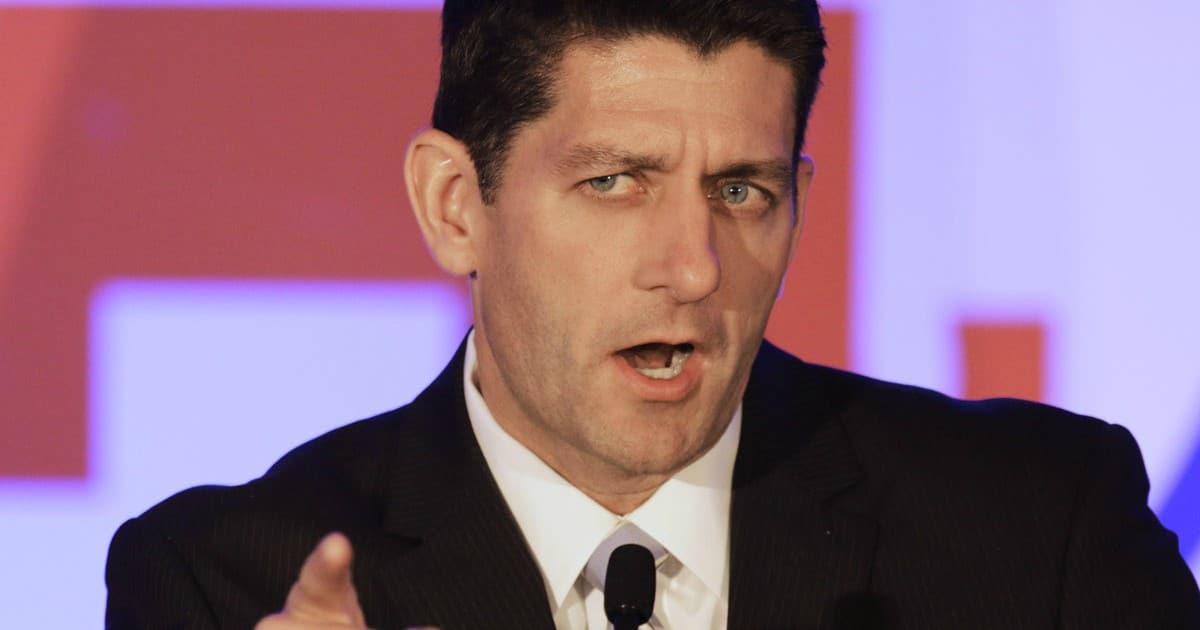 Not Hillary, mind you. Or Cruz, or Rubio. Or Assad.

It’s the man who has done more to undermine Trump’s presidency than any single Democrat or Republican in Congress: the man who’s trying to be a de facto president, Paul Ryan.

Ryan’s efforts to undermine Trump have long been documented – there’s the failed ‘RyanCare’ of a bad Obamacare replacement.

There’s the efforts to prevent Trump from working with anyone who might do some good for the country.

But the biggest of all might be this, an attempt to prevent one of Trump’s basic campaign promises from ever seeing the light of day.

Border Wall? Nah. I mean, we can’t build it if we don’t have the funding, can we?

Reports are coming in from all over, and they all agree on one thing: Paul Ryan is trying to cut border wall funding from the upcoming budget.

Apparently, his slogan is ‘wait ‘till next year.’ But only an idiot would believe that next year would ever come.

President Judd appeared on the Fox Business talk show Varney and Co. yesterday morning. And he didn’t hesitate to show his disgust with Ryan’s betrayal.

Judd summed up the need for the wall nicely:

President Trump promised he was going to secure the border and part of securing the border is putting in place the proper technology and resources that allows us to be successful. And a border wall in strategic locations is one of those things that must get done.

The fact that Ryan is using ‘funding’ as an excuse just tells us that he is completely out of touch with the rest of America. For one thing, funding isn’t even an issue.

We’ve pointed out many a time that there’s plenty of money for a wall – good, old-fashioned, taken-from-criminals money. None of which comes from American taxpayers.

But the worst part of it all is that Ryan appears to be doing this in secret. And that’s just cowardice. I mind if you betray me, but I mind a lot less if you’re just honest about it.

Let’s hope Trump continues to Drain the Swamp. He can start with Ryan.