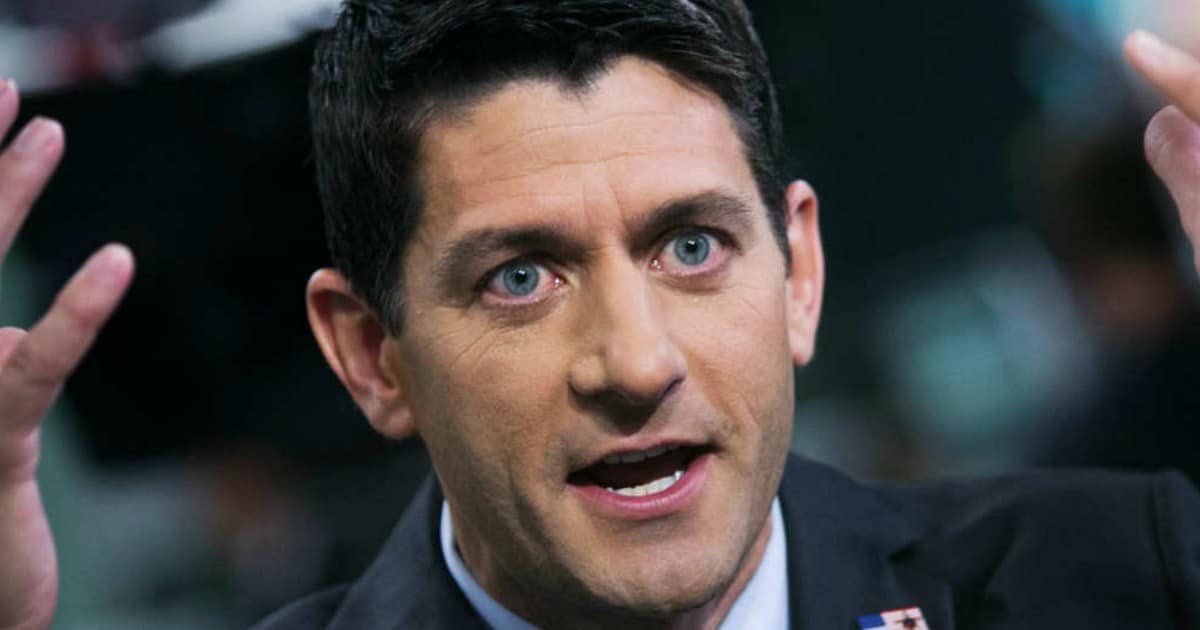 Paul Ryan, the man behind so many failures in Trump’s first 100 days, has received a lot of bad news lately. But nothing this bad. This news might destroy his career completely.

Border wall? Sabotaged; Ryan’s fault. The list grows and grows, and Americans are getting more and more angry.

And that last part’s the real story here. Because it should be obvious that Americans are angry with Ryan. But no one expected them to be this angry.

Put bluntly, Ryan’s bad news is this: Americans are more angry at him than they’ve ever been with any other Speaker of the House in history.

A new poll, released on Monday, revealed that Trump’s approval rating has jumped over 10% in just the last month, now having 50% of the country’s approval.

While the Trump team is likely toasting to their growing approval, one member of the Republican Party is going to have to put the celebration on hold.

According to a Pew Research study, only 29% of Americans approve of Speaker of the House Paul Ryan.

The dismal approval ratings for Ryan come after he failed to replace the Affordable Care Act, something that Americans blame Ryan for more than they blame President Trump.

Now, to be clear, a 29% approval rating is dismal. It would signal the end of a career for most politicians.

But, as if to add insult to injury, that’s not even the worst part of all these polls. Time reports:

Let’s put it simply: Paul Ryan just set a record for the lowest approval ratings, ever.

And that’s just not the kind of record you want to set if you want to hold on to your job.

Trump’s doing well. But it may be over for Ryan. I almost feel bad for the guy.