Liberals and conservatives differ greatly in their beliefs about a proper response to terrorism.

In a nutshell, conservatives want to respond and prevent, and liberals generally don’t. They prefer being nice – a lot – in hopes that maybe people will want to stop killing the innocent.

But, at the very least, we can probably all agree that you shouldn’t stop to take a selfie with the victims of terrorism. Especially if they haven’t even received any help yet.

One Central London man hasn’t gotten the message. He may well be the most hated man on the internet right now.

A passer-by who appeared to take photos with a ‘selfie stick’ in front of victims of the Westminster terror attack has sparked fury. 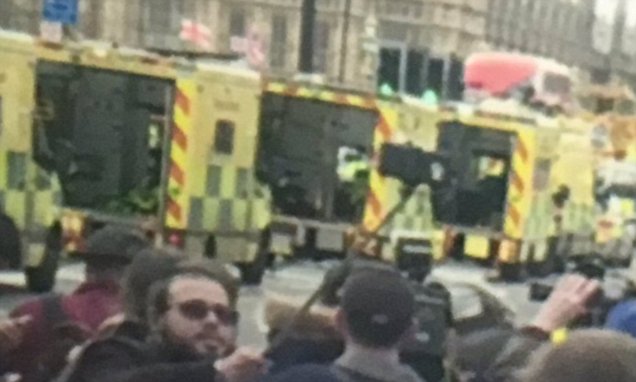 At least five people have died when a terrorist brought carnage to central London today, mowing down pedestrians on Westminster Bridge and attacking police with knives in the grounds of the Houses of Parliament.

It is currently believed one attacker was involved, killing four people, including a policeman, and leaving at least 40 pedestrians and two other police officers seriously injured.

PC Keith Palmer, 48, was tonight named as the murdered officer. He had 15 years’ service.

A man in sunglasses was seen using a selfie stick to take pictures of the chaotic scene.

If you’re hoping that people gave him hell for this…they did. You won’t be disappointed.

One observer said: ‘Sir you with the selfie stick, you need that shoving up your a***.’

There’s obviously a whole lot wrong in the head with a guy who thinks that the victims of terror are entertaining.

But if I might get on my soapbox for a moment – we aren’t all that different.

It might help all of us to remember that it can get harder and harder to see the difference between reality and Hollywood these days, especially when so many of the shows we watch and the movies we see are about terrorism in some form.

It might be nice to remember that every CGI sequence we see on TV is nothing compared to the real victims. No camera could possibly capture that much suffering.

And certainly not a smartphone camera.

Remember the victims. The real ones.

And somebody punch that man for me.