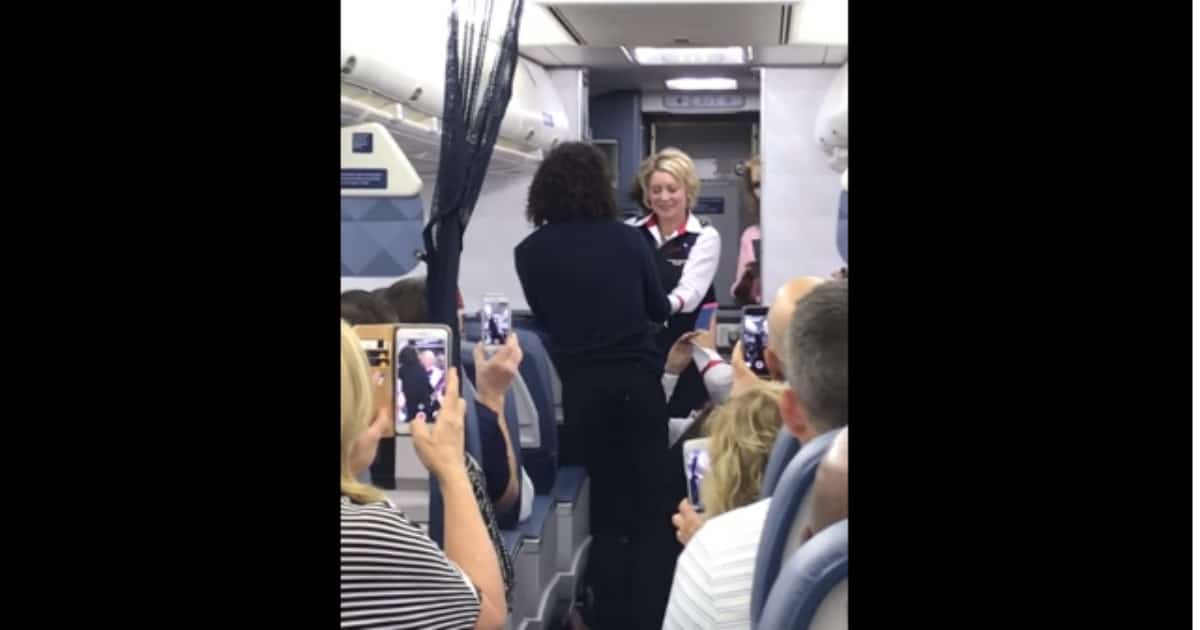 Given that most of the news about commercial airlines these days involves lost money, bumped passengers, or guys being dragged off a plane and getting the living snot kicked out of them, it’s nice to hear something uplifting for a change. You know, something that doesn’t involve beatings.

And so, while United Airlines is still busy fighting off bad press, Delta, who has so far managed to avoid being in the spotlight, had some heartwarming news this week – passengers aboard one of its flights managed to raise just under two grand for cancer research.

And their reward for such generosity? A free concert, by none other than Kenny G himself.

A group on a Delta flight going from Tampa to Los Angeles was treated to a Kenny G performance Saturday morning.

The person sitting next to the award-winning saxophonist was an off-duty flight attendant whose daughter had died of brain cancer. She asked Kenny G to play.

Breitbart got the story from ABC Action News, who – luckily, for the rest of us – did manage to get a video of the whole thing.

For those of you younger than 30, I should explain – Kenny G is an award-winning jazz saxophone player. And there was a time – when CDs were relatively new, and when joint CD-cassette tape players were all the rage – when every household in America had at least one Kenny G CD.

Well, Kenny’s still playing, and still going strong. But he doesn’t come cheap. Thank goodness the passengers were up to the task of fund-raising.

The head flight attendant then told passengers that Kenny G would play for them if they donated $1,000 to cancer charity Relay for Life.

Passengers rose to the challenge and then some, raising about $2,000.

Kenny G lived up to his promise, performing while walking up and down the aisle.

Enjoy. And donate to cancer research, while you’re at it.