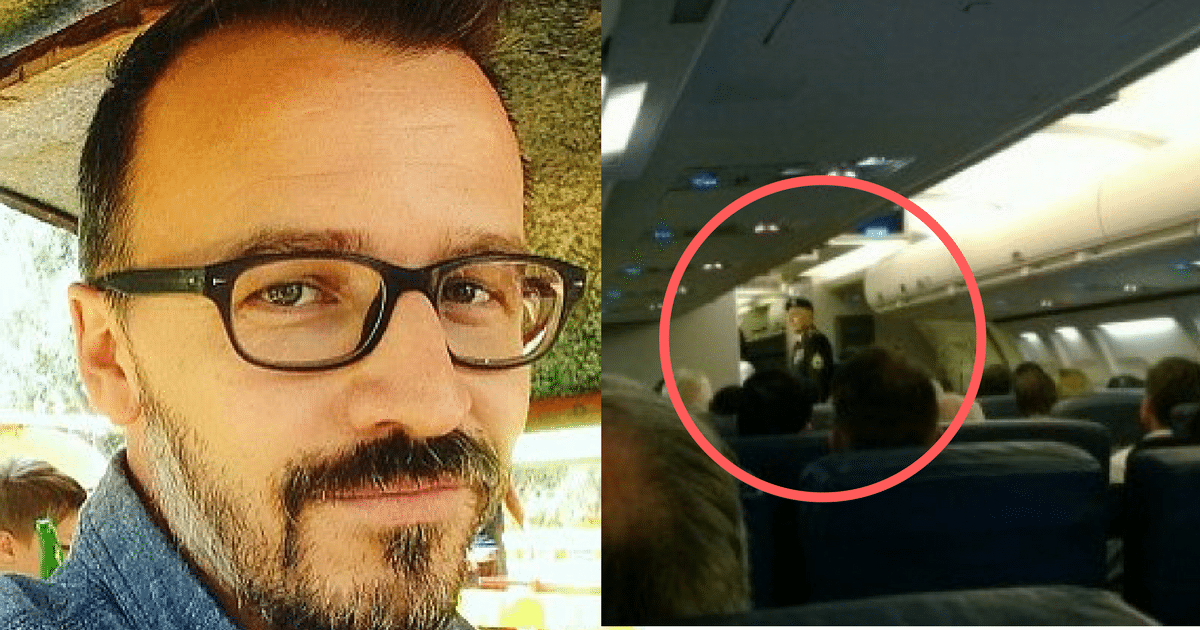 The Left hates the military, and soldiers, and America.

That seems a bit blunt. But while I’d like to tone it down, or ratchet down the rhetoric a little, sometimes I just can’t – some days, it’s obvious that the Left hates the military.

The Daily Mail is reporting this one, because I simply can’t do it without throwing up.

A Drexel University professor prompted a swift backlash on Twitter after sharing his disgust over a first-class flyer who gave up his seat to a serviceman.

George Ciccariello-Maher tweeted on Sunday: ‘Some guy gave up his first class seat for a uniformed soldier. People are thanking him. I’m trying not to vomit or yell about Mosul.’

Cicariello-Maher, who is no stranger to controversy after he asked for a ‘white genocide’ for Christmas in 2016, was called ‘ungrateful’ and told to ‘go to hell’.

What exactly do I say here?

A man who has bled, and fought, and probably watched his friends die for our country is given a bit of respect, and Maher wants that respect taken back.

Because, apparently, this one soldier was responsible for all of Mosul. Which, mind you, was a place we tried to save.

I imagine it must be hard for liberal academics, sitting in an office all day, and grading papers that continually vomit left-wind ideology and completely false crap about US history.

Probably way harder than staying awake all night in the desert, patrolling areas that might be infested with bombs and IEDs. Maher should be proud.

Now, thankfully, Maher’s got quite a few angry people tweeting responses to him. But no one has given him a swift kick in the ass, which is unfortunate.

But it likely wouldn’t work. This is the guy that promoted White Genocide over Twitter.

It’s hard to take you seriously when you use your twitter account to get attention that otherwise wouldn’t come, because you’re a terrible professor, and you haven’t written any books or scholarly articles.

So, in summation, a failed professor and terrible teacher mocked a soldier on Twitter, and got such a backlash that he now has people asking Drexler to fire him.

Good going, Maher. Let’s see how long you last without a job. Maybe someone will give up their seat for you.