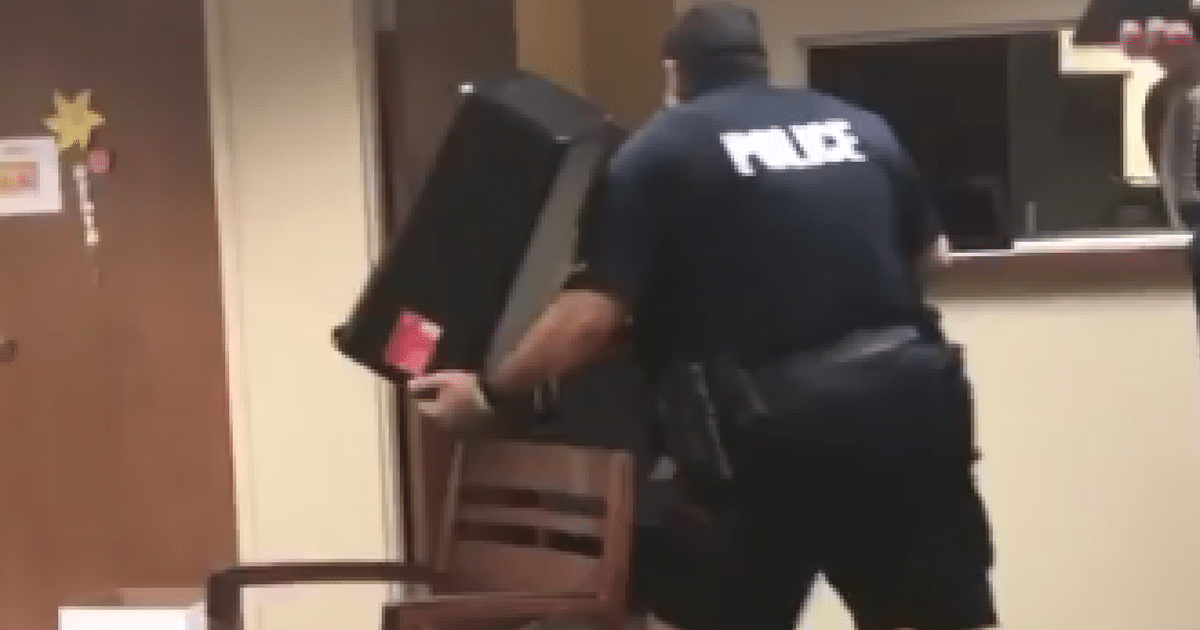 We can all use a little levity sometimes, and that includes members of law enforcement across the nation.

It’s not easy being a cop in any era, but it’s particularly rough in today’s day and age. Respect for the law and those tasked with enforcing it seems to drop by the day, and there’s a disturbing sentiment propagated by the mainstream media that this is somehow ok.

As anyone that’s playing with a full deck knows, it’s not. Police officers put their lives on the line day in and day out, and the entire profession should not be tainted due to contentious claims and liberal talking points.

We’ll put that discussion to the side for another day with a simple tip of the cap and sincere appreciation for the brave men and women out there that put their lives on the line to protect us all. Now about that levity thing…

Conservative Tribune passes along a hilarious story about an officer that got a little more than he bargained for on a recent call.

The viral video was posted last week to the UCF Campus Police Official Twitter page with a caption that read, “#FridayFunny: We catch bad guys, not snakes,” and added that, “Even our officers get a little scared sometimes.”

How did his superiors react once they saw the video?

“We all laughed,” UCF Deputy Police Chief Carl Metzger told The Orlando Sentinel. “It is obvious that this particular officer is uncomfortable with snakes.”  Was the police officer able to do it? Check out the video below and see for yourself.

Even our officers get a little scared sometimes 🐍 😂 pic.twitter.com/LrmJFRj7rN

Luckily the snake wasn’t venomous, Metzler said adding that “they knew all they had to do was make the snake leave the building. The officer did his best and ultimately accomplished his mission,” Metzger said including that the video was both “awkward” and “humorous.”

The slippery bad guy picked the wrong officer to mess with.

Thankfully, it didn’t even pose much of a threat: the snake wasn’t venomous.

While this is a humorous example, it serves as a perfect reminder that officers have a thankless job.

We encourage everyone to show them that’s really not the case. The next time you see a police officer, simply thank them for all that they do.

The smile and reaction you get will make your day, and there’s a good chance you’ll have made their day as well.