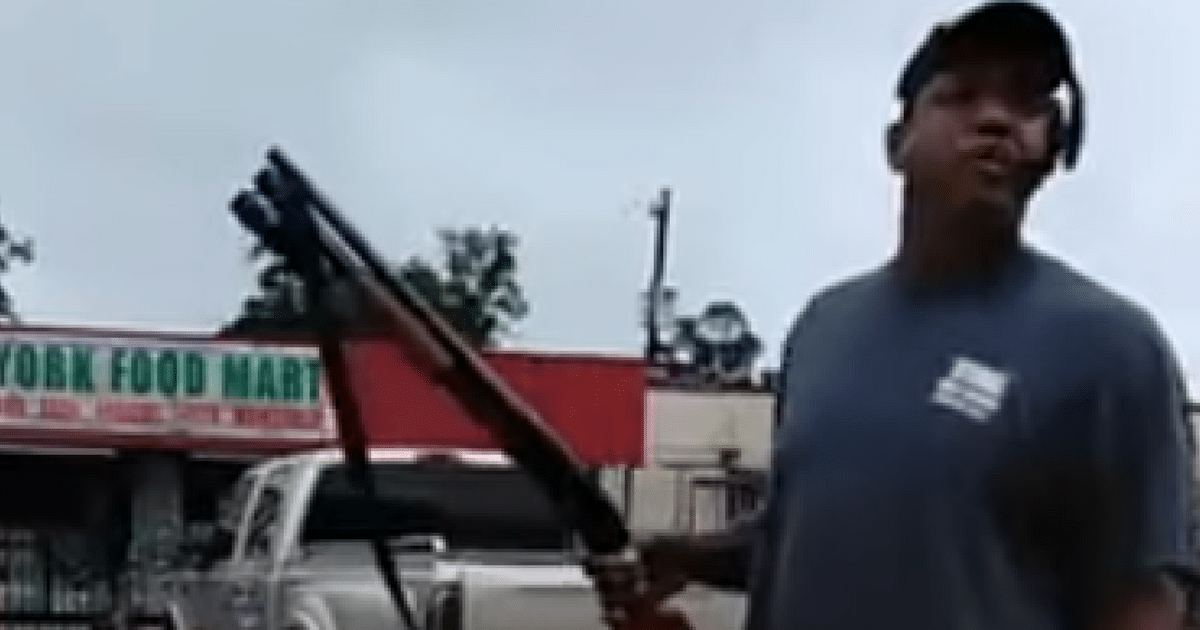 Texas continues to recover from Hurricane Harvey. Parts of the state are still underwater. It will take time before order is fully restored.

However, looters have been taking advantage. They rob homes and shops, often at gun point.

But one ex-swat has decided on a new policy, that will most certainly work.

A man claiming to be an “ex-SWAT deputy” tells would-be looters on camera, “I will cut your [expletive] in half,” while holding a shotgun.

A woman asks the unidentified man about the situation outside the Little York Food Mart located in the flood devastated area of Houston’s east side.

“It’s a shame,” the man responds. “We need more real men out here to step up and protect where you live.” Graphic language can be heard in the footage.

He then notices someone (off camera) approaching the store apparently looting or attempting to loot the store.

“Hey! Don’t go back in that store,” he yells, confronting the looters. “I’m telling you one time: I’m not scared to shoot you, I’m an ex-[expletive] SWAT deputy. I will cut your [expletive] in half…”

In times of trouble, it’s important to look out for one another. For people to be so cruel as to rob and loot during an emergency, it’s unthinkable.

There is help and aid being provided. There is no need to commit crime. Yet there are still low-lives that do this. There will always be a certain kind of person, who preys on the weak when they are at their most vulnerable.

But there will always be tough, no-nonsense folks, who will stop at nothing to confront criminals. Obviously, the traditional police are not able to stop looters. But a man with a shotgun? Yeah, I’m thinking he can.

Hopefully these towns and cities will be patched up soon. And looters will have nowhere to rob. Until then, they better look out!