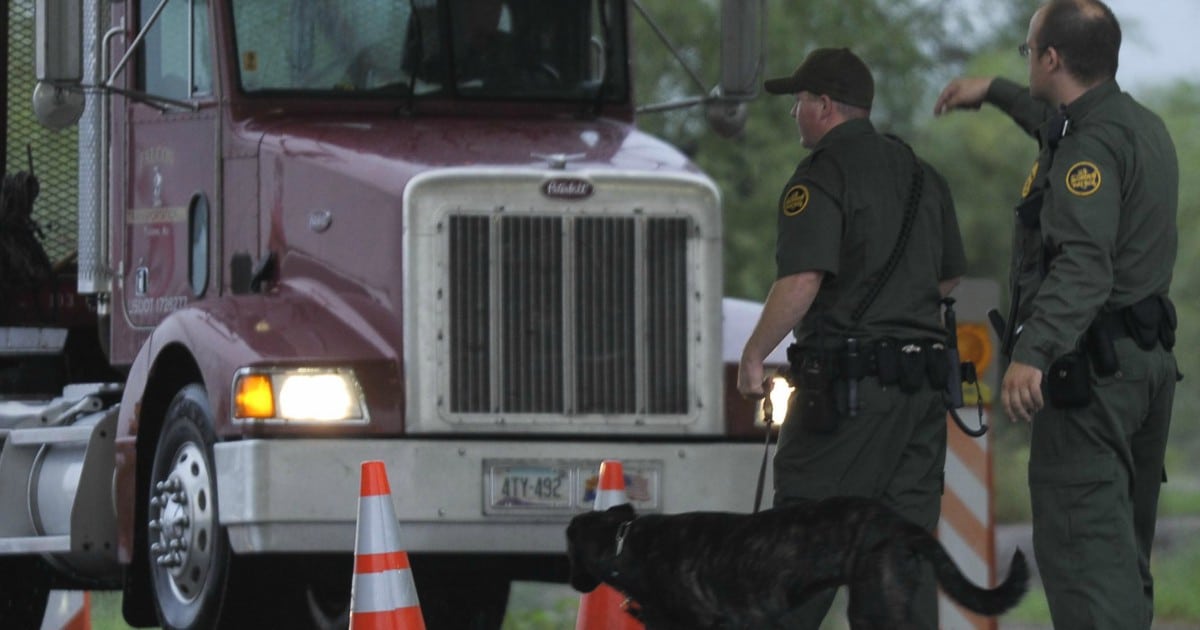 When Donald Trump said he was going to protect our border, he meant it.

Not only is the wall going up soon, but ICE and border patrol agents are working overtime to prevent illegal immigrants and drugs from getting across the border.

This latest order will go far in stopping much of the smuggling. It’s just a shock that it wasn’t happening in the first place.

According to a report from Judicial Watch, the administration of President Donald Trump is allowing Customs and Border Patrol officials to thoroughly screen all cargo trucks entering the U.S. through the southern border with Mexico, something that was seemingly discouraged or not permitted during Obama’s tenure.

“We felt like we were the welcoming committee and not like we were guarding our borders,” explained U.S. Customs agent Patricia Cramer, who is also president of the Arizona chapter of the agency employee’s union, according to Judicial Watch.

“The order was to facilitate traffic, not to stop any illegal drugs from entering the country,” added Cramer. “We want to enforce the law. That’s what we signed up for.” Cramer, a K9 handler at the Nogales port of entry in Arizona, stated that massive amounts of illegal drugs are smuggled across the border while hidden inside of cargo trucks, trucks that used to generally be waved through but now undergo radiation and X-ray screening, sometimes even having their cargo thoroughly searched if the truck, driver or load raises any suspicions.

With all our modern equipment, it would be insane to think that anyone could get away with smuggling drugs, guns, or people over the border. Yet those sophisticated scanners, devices, and x-ray machines were just collecting dust.

Meanwhile drug cartels were able to ship their goods over the border—in giant, 18-wheelers!

Finally, we have leadership in the White House that actually cares about law and order. No longer do we have a president that looks the other way as Mexican criminals wreak havoc in our country.