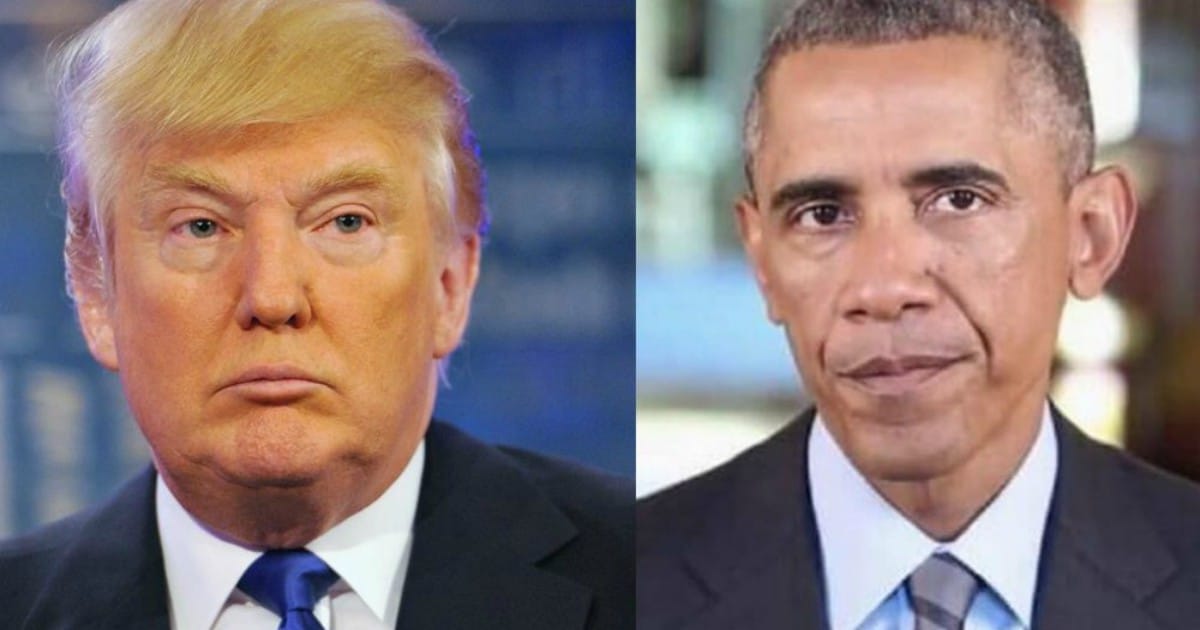 It’s obvious there is no love lost between former President Barack Obama and President Donald Trump.

Both were outspoken adversaries for years. Even before entering politics, Trump openly criticized the policies of Obama. After Trump announced his candidacy for president, Obama campaigned against him, making it clear he didn’t believe Trump had a chance.

So it comes as no surprise that Obama has a low opinion of our new president. Even aside from personal conflicts, they don’t agree on any major issue. Trump campaigned largely on a platform promising to overturn every accomplishment by the Obama administration. Already he’s been doing it.

But what does Obama really think about the man? What would he say to his closest friends and confidants?

Well thanks to a few loose lips we’ve gotten a glimpse. And boy is it a doozy.

What does Obama really think of the man now occupying the Oval Office?

“He’s nothing but a bullsh–ter,” Obama told two friends early last November, describing an election night phone call with Trump, in which the businessman suddenly professed his “respect” and “admiration” for Obama—after years of hectoring.

Right. This brings to mind an old proverb about pots and kettles.

After eight years of lying to the United States, of promising big and accomplishing little, Obama had the gall to call Trump a “bullsh—ter.”

We had to endure time and again, as Obama pushed for policies that few Americans could back. Either it was his terrible decisions in the Middle East, giving Iran over $2 billion, or breaking federal law to help illegals. Not to mention his lies about health care.

For example, here’s one of the bullshit falsehoods that the bullshitter Barack Obama told over and over during his bullshit presidency:

Yet he is calling Trump, the b-ser?

Why? Because on the night of the election, Trump had the decency and professionalism to offer a few kind words to him? Because Trump was the bigger man, who didn’t want to rub his surprise (to the left) victory in Obama’s face?

But the bottom line is: who cares what Obama thinks? His administration is over. We have a new sheriff in town, one that is rocking the very foundations of D.C.

Not even Obama could do that.