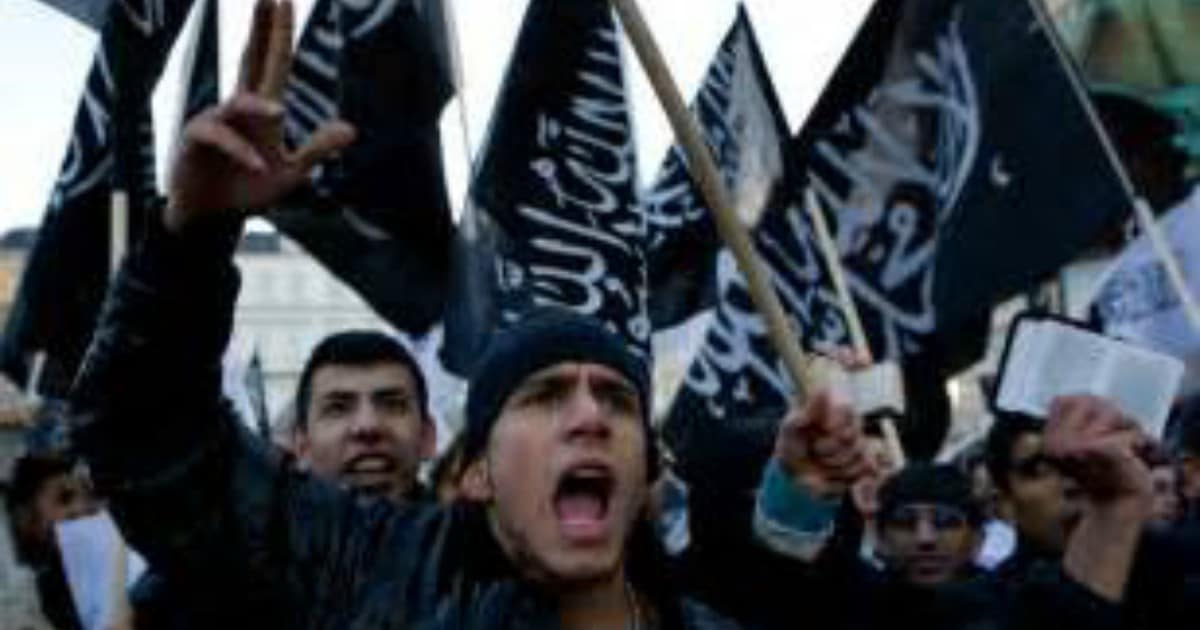 No matter what the liberal media says, radical Islamic terrorism is the biggest threat to our freedom.

Yet political correctness has allowed extremism to grow around the world. Thanks to bad policies, radical Muslims have entered once peaceful nations, causing chaos.

Now we know that the numbers are simply staggering, in places you wouldn’t expect.

The number of Islamist extremists in Sweden has grown from 200 in 2010 to around 2,000 seven years later, the country’s security police (Säpo) said Monday.

Out of 3,000 violent extremists currently in the country, two-thirds are believed to have Islamist motives. Säpo chief Anders Thornberg describes the rise in extremism as “an historic challenge” that’s become the “new normal.”

“The terror threat has gone up since 2010. This means an attack can take place in our country, and it did,” Thornberg said Monday, referring to the April 7 truck attack in Stockholm. “Violent Islamist extremism is the biggest threat for the time being.”

In recent months, we’ve learned about this shocking problem in Sweden. President Trump mentioned it at rally. The liberal media mocked him, only to be disproven a few short days later, when terrorists rioted in a Swedish city.

Now we know that there are 2,000 radical Muslim extremists in the country. That is enough to form a small army.

Numbers like that can overwhelm a city and police force. They could cause massive damage across the country, damage the Swedes would not easily recover from.

But it’s not just Sweden facing this harsh reality.

Germany’s security and intelligence agency (BfV) recently reported a similar trend. The country’s population of Islamist extremists grew from 100 people in 2013 to 1,600 in 2017, according to a February report.

This isn’t just a small jump, but a massive spike. But what are these liberal nations doing about it?

Are they apprehending these extremists? Are they sending them home? Of course not.

These intelligence agencies have the intel, but lack the common sense to keep their citizens safe. It’s only a matter of time before these radicals strike.