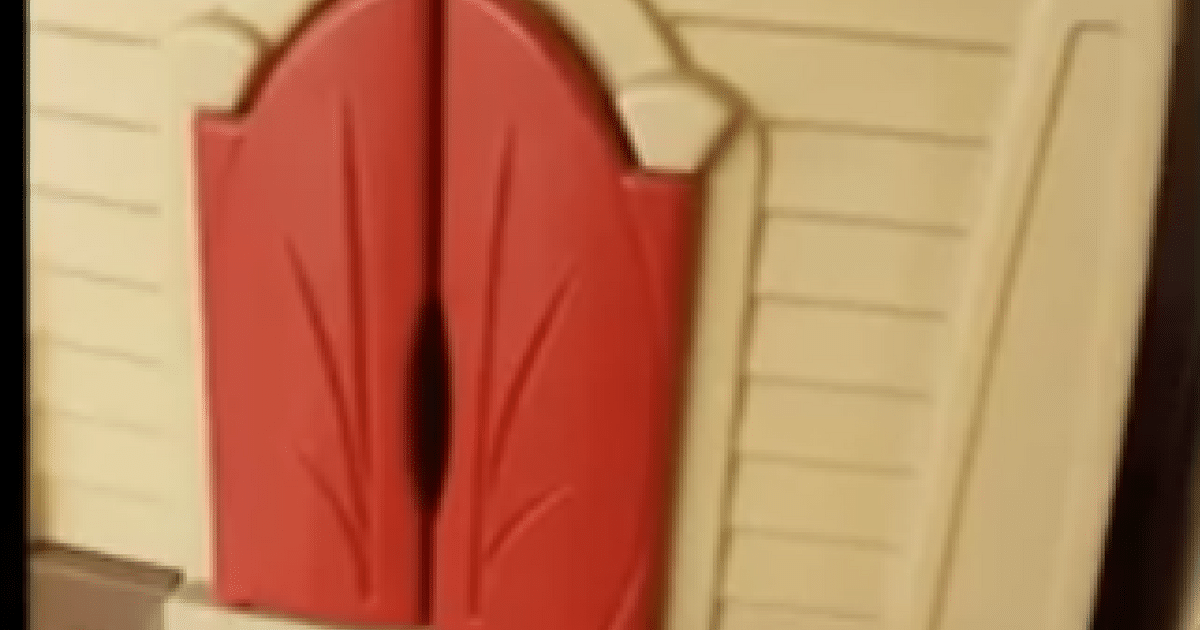 What would you do to keep your children safe? It sounds like an easy question. A parent would do anything to protect their children, right?

But what do you do when the dangers they face are completely unexpected?

That’s just what one father and mother learned recently, when inspecting their backyard. Like many families, their children frequently play outside their home. In fact, they spend so much time there, that their parents bought them a playhouse.

These playhouses are loved by millions of children. They provide a safe, fun environment in which they can play make-believe. It’s their home away from home, or their fantasy fort.

But one day, the Friedrick’s discovered a strange noise coming from their kids’ playhouse. It wasn’t the chirp of crickets or the tweeting of birds. It was something far worse. At first they thought it was a water leak, a pipe or hose stuck under the toy.

Dad decided to safely take a closer look, to ensure that there was nothing nearby that could harm their children.

When you live in an area like College Heights, California, there are a number of things you have to be on the lookout for. Even in the safety of your own backyard, there could be a variety of wild animals that can get too close for comfort.

Perhaps Pa Friedrick was worried about squirrels, maybe a raccoon or two. These kinds of animals, while generally harmless, could pose a problem for their young children.

The last thing he expected was to discover what was actually beneath their playhouse: a rattlesnake.

When the snake poked its head up from beneath his children’s playhouse, the father jumped into action. Keeping the family dog safely at bay, he procured a shovel. While his wife was contacting Animal Control, he decided to investigate.

Tipping the playhouse over, he expected the snake to fallout and slither away. But things got worse, much worse. As they uncovered the rattlesnakes nesting grounds, many more began to pour out of the children’s toy.

How many? A total of eighteen, venomous serpents.

Needless to say, this family was terrified.

"It's like a real-life horror movie"A Ridgecrest mom thought a water leak caused the buzzing noise near her children's play area.Then 18 rattlesnakes fell out of their playhouse.

When Amanda Friedrick and her husband decided to investigate a strange sound coming from around their children’s plastic playhouse last month in College Heights, California, their worst nightmares were realized.

Friedrick’s husband began looking around the area when a rattlesnake stuck its head from beneath the playhouse, the Ridgecrest Daily Independent reported. He grabbed a shovel and moved the family dog away while Friedrick called Animal Control.

The couple were only expecting one snake to be removed, so you can imagine their surprise when 18 more snakes followed. Those snakes happened to be babies of the first snake.

“It was really scary,” Friedrick told the Independent. “Our kids had just played there, and it’s right by our door.”

“We had to tip the clubhouse on its side and were banging on it, and these snakes are falling. It’s like a real-life horror movie,” Friedrick told KBAK…

Rattlesnakes are widespread in California. Any situation involving these creatures should be handled with extreme caution — their bites are venomous and can be fatal.

Animal Control Officer Shawna Villa-Rodriguez told the Independent that the snake had probably nested in the play house because it had several openings underneath and it was hollow, dark and warm.

This story might make families think twice about buying that playhouse from Walmart! While these toys are fun, usually safe, options for kids, the hollow parts of the toy make for convenient homes for wild animals.

Snakes, insects, and other potentially dangerous creatures don’t realize it is a toy for children. They just see an opening in which to nest. Families are none the wiser when these animals make it their home.

Thankfully, the Friedrick’s were able to remove the snakes before their children were harmed. But it serves as a powerful warning to all families. If you have toys, playhouses, or jungle gyms outside your homes, be sure they are secure. Plug up openings or spots that can be infiltrated by wild animals.

And be sure to inspect them, once in awhile.