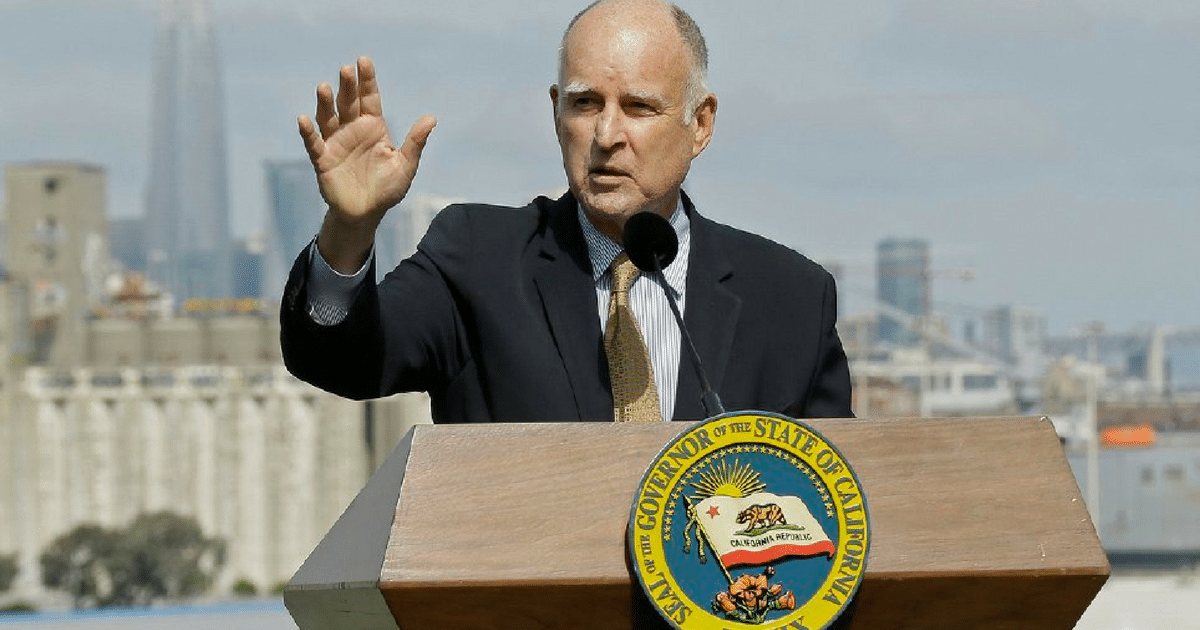 It’s impossible to describe the politics of the state of California without stopping mid-way, just to be sure you’re not being pranked. Because no actual government could have quite this big a collection of stupid laws.

But California does. And as long as the state legislature’s at it…let’s just add another to the pile.

Liberals run Cali. And their agenda is clear – punish law-abiding citizens, punish gun owners, resist Trump for no reason at all…and, of course, do everything they can to help criminals.

It’s been a pattern for a while now. But even I didn’t think you could get away with something like ‘intentionally infecting someone with a permanent disease.’

But if you infect someone with HIV…you’re off the hook. But just in California.

Knowingly transmitting HIV to a partner a misdemeanor offense in California as of January 1 2018 CALIFORNIA MADNESShttps://t.co/lIOKbex0fc

In a controversial move, California Gov. Jerry Brown has signed a bill downgrading the crime of deliberately exposing a sexual partner to HIV from a felony to a misdemeanor.

The measure comes just as an HIV-positive man in Scotland is being prosecuted for purposefully infecting a number of his Grindr dates with the virus, by insisting on “unprotected sex” or using perforated condoms.

HIV patients in California who expose others to disease will no longer face felony charges https://t.co/nYnIIlN37O pic.twitter.com/1Rw5AfC1AY

There are moments when I check myself while writing, just to see if I’m asleep, or dreaming. Or drugged. This is not one of those moments. I swear I’m not making this up.

The new California regulation lessening the crime of deliberately exposing others to the HIV virus was authored by state Democrats Sen. Scott Wiener and Asm. Todd Gloria, and cosponsored by a number of LGBT groups.

Wiener and Gloria are, of course, Democrats. California Democrats, mind you, so they come with the whole lib legislative package – ban guns, ban expressions of faith, ban small businesses, and ban conservative values.

And now, leave them vulnerable to contract a deadly disease…without consequences for the criminal responsible.

Of course, Dems will protest here – ‘wait, that’s not true! You can still be prosecuted!’

Technically, yes, you can. But intentional transmission and infection is now (wait for it) a misdemeanor. Not a felony.

It’s roughly the same as getting a parking ticket.