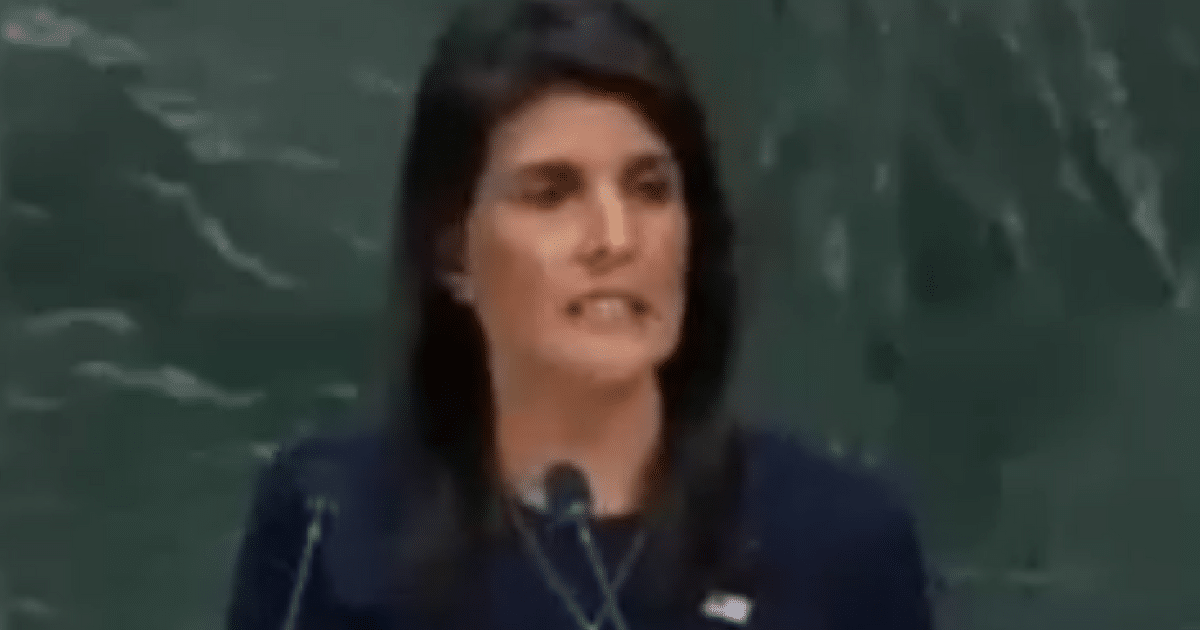 The United Nations doesn’t have a history of being brave, moral, or even useful. But it’s not often that someone publicly calls the body out on its hypocrisy.

It wasn’t often before Nikki Haley, anyway. Now, to the delight of all freedom-loving Americans, it’s commonplace.

Haley has proven time and again that she won’t mince words with the UN whenever they oppress Israel. Or whenever they prop up evil dictators, or refuse to help Christians around the world.

So when the UN votes to condemn the US for enforcing a trade embargo on Cuba, as punishment for Cuba’s violations of human rights?

Well, Haley spoke again. And she was very clear – ‘the American people have spoken.’

After all, we elected Trump – and he doesn’t play around with dictators.

The United Nations passed a resolution calling for the United States to end its embargo against Cuba and its communist regime. The resolution was adopted 191-2, with only the U.S. and Israel voting against it.

Nikki Haley blasted the world body, in the bottom-line style supporters of the former governor of South Carolina have come to admire.

Pretty much the whole country is giving her a standing ovation at this point.

“The Cuban regime is sending the warped message to the world that the sad state of its economy, the oppression of its people, and the export of its destructive ideology is not its fault.”

“To those who are confused as to where the United States stands, let me be clear: As is their right, the American people have spoken – they have chosen a new president, and he has chosen a new ambassador. Our principles are not up for a vote.”

“As long as the Cuban people continue to be deprived of their human rights, the United States does not fear isolation in this chamber, even if we have to stand alone.”

Luckily for the world, the UN resolution can’t force the US to do anything. So the embargo stands.