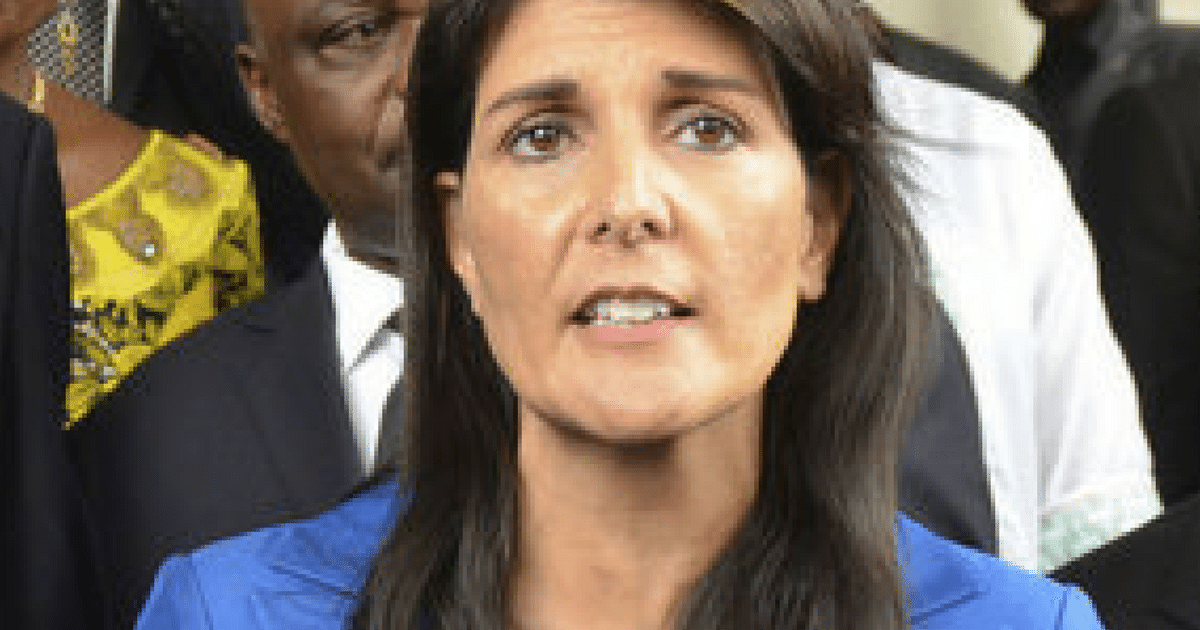 It’s safe to assume one thing about the Left: if there’s a bandwagon that involves ganging up on the weak, they’re on it.

How else, after all, do you explain the United Nations and Israel?

Bashing Israel has been the hobby of the UN since it began. Considering the numbers involved, that’s quite impressive – a country the size of Delaware has occupied the rapt attention of angry world liberals for over 70 years.

And, according to those same liberals, that pint-sized country is responsible for most of the world’s evils.

It’s why she’s delivered Trump’s message to the UN’s Human Rights Council: ‘shape up, or we’re out.’

And that’s no empty threat. Without the US, the Human Rights Council is powerless.

[Ambassador Nikki Haley] addressed the Human Rights Council and called it “notorious for singling out Israel for condemnation while it welcomes some of the world’s worst human rights violators as members.”

“We’ve made clear that the Human Rights Council will either adopt these reforms or the United States will leave and fight for human rights in other forms. We don’t want to walk away, but we’re ready to if these changes aren’t made.”

The reforms Haley’s talking about? It’s a long list of ways the UN’s HRC has failed to uphold, well, human rights. And the most important item on the list is the Jewish State.

The list included a call to end “agenda item seven, the part of the council that’s devoted exclusively to bashing Israel.”

US Ambassador to UN Nikki Haley: "I'm here to let the world know that #Israel is not alone."https://t.co/JTLM1VEfJK

If you’re wondering if you read that wrong…you didn’t. There’s an entire agenda, written down and codified, that’s devoted to bashing Israel. The racists at the UN take their jobs seriously.

The US, however, isn’t just blowing smoke when it threatens to leave. After all, we’ve just recently left one other UN organization – UNESCO. And it’s on the heels of that departure that this new Haley threat comes to the UN.

Which, of course, was probably planned. Nothing better than making a threat after showing everyone you aren’t bluffing.

Haley has the guts to threaten the entire UN, just to defend Israel. She’s a gutsy woman, and this country is blessed to have her.

And I wouldn’t want to play her in poker.