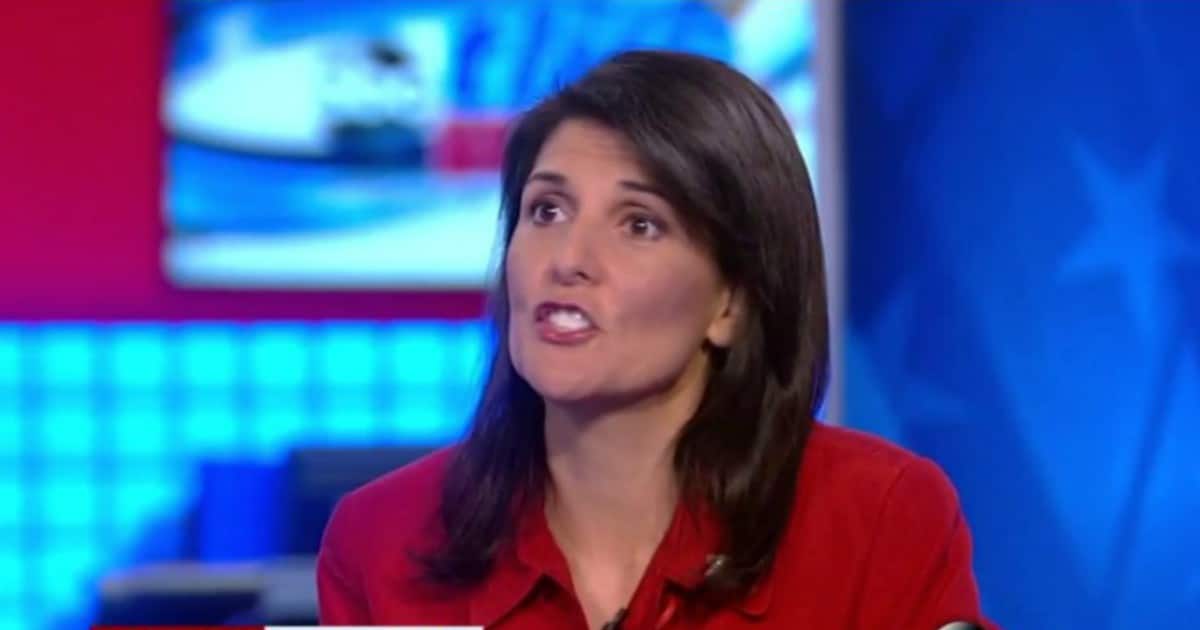 Head-in-the-sand liberals have always believed that Trump worked with Russia to win the election. But they have one new piece of evidence to contend with now – the way Trump has been treating Russia.

Mind you, I’m not talking about simple diplomatic courtesy. I’m talking about Trump being Trump, and saying exactly what’s on his mind. Because if he worked with Russians to win the election…why in the world does he keep pissing them off?

(In related news, UN Ambassador Nikki Haley got in front of millions of people on Sunday and insulted the Russians live, on TV. Clearly something a ‘special friend’ would do.)

U.S. Ambassador to the United Nations Nikki Haley said the Russians have “always been full of themselves” during an interview Sunday on ABC’s “This Week.”

Russia must be laughing up their sleeves watching as the U.S. tears itself apart over a Democrat EXCUSE for losing the election.

Haley clearly knows her foreign policy, and her answer shows it.

And then, of course, she nails it.

And Haley is right. While idiot liberals worry about hackers and other excuses for not winning the election, Trump has been doing what is best for the country – even if it means making Russia angry.

Which just doesn’t make any sense, if Trump is a puppet president.

He’s fired missiles into Syria, Russia’s ally – and they were not happy about that. He’s sent Rex Tillerson to negotiate the handling of Syrian dictator Bashar Assad, which only made them angrier. Tillerson is tough. And he doesn’t care about the feelings of Russians.

(Or liberals. But no one does anyway.)

There’s more – Trump made Iran back down. Iran is Russia’s ally. With every step, he’s doing more to weaken Russia than Obama ever did.

It’s just like Haley said – “you see us in actions.”

Also, Russians are full of themselves.