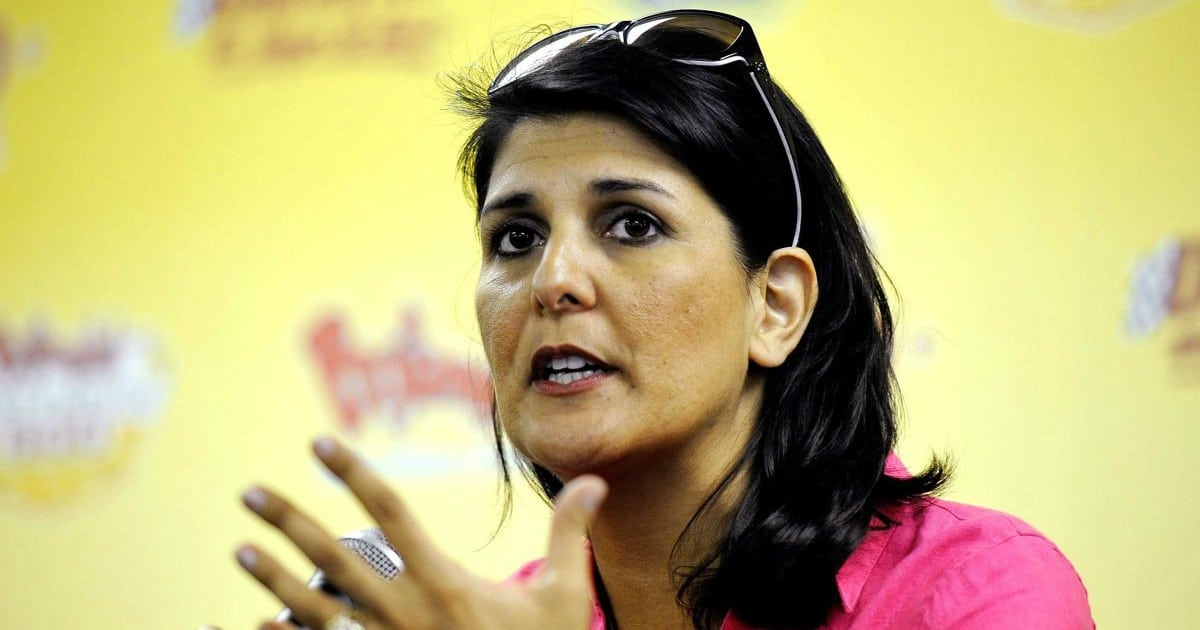 The conflict over Israel is one that continues to rage.

Palestine and Israel have been fighting for control of that part of the world for years. Centuries, if you’re following history.

Israel has had to fight to defend its citizens. Terrorists acting on Palestine’s behalf regularly try to kill Israelis.

Meanwhile many of the surrounding countries are hostile to the sole democratic country in the Middle East. The pressure against Israel is often extreme.

So it comes as no surprise that there are arguments over who controls what land. As an ally of Israel, the United States has taken a strong stance in support of them. Yet even the U.S. is careful about declaring what parts of land are under which government.

Even the new administration, strong and outspoken supporters of Israel, have been cagey about certain areas.

Yet UN Ambassador Nikki Haley is not one of them. Recently she made her opinions about Israel very clear. It might upset a person or two.

U.S. Ambassador to the UN @nikkihaley says it’s her belief that the U.S. Embassy should be moved to Jerusalem. https://t.co/hbuaZG9Dxw pic.twitter.com/hK4sxQnwUF

UN Ambassador Nikki Haley is stepping outside of the White House position on the Western Wall, telling the Christian Broadcasting Network the holy site is in Israel. Further, she reiterated the need to move the U.S. Embassy in Tel Aviv to Jerusalem.

Jerusalem is an important city to many people, not just Israel. Although many Americans might think our embassy should be there, others do not. Moving it there might cause political tensions with Palestine and others.

It’s an even stickier situation with the Western Wall, a sacred sight for three major religions. Declaring it a part of Israel would surely upset Palestinians and Muslims who travel there regularly.

Yet Haley is expressing her opinion in a way that few are brave enough to do. Recently both National Security Advisor H.R. McMaster and the White House Press Secretary refused to make a definitely statement regarding the wall.

Which begs the question: why not take a stand? President Trump has proclaimed, time and again, strong support for Israel. It was him who said our embassy should be moved to Jerusalem. Why not make our stance clear about the Western Wall as well?

Until we end this policy of political double talk, we can never move forward with making American great again. We need to oust every weak-willed leader from D.C., leaving only those with conviction and boldness.

That’s especially true in our affairs in the Middle East.