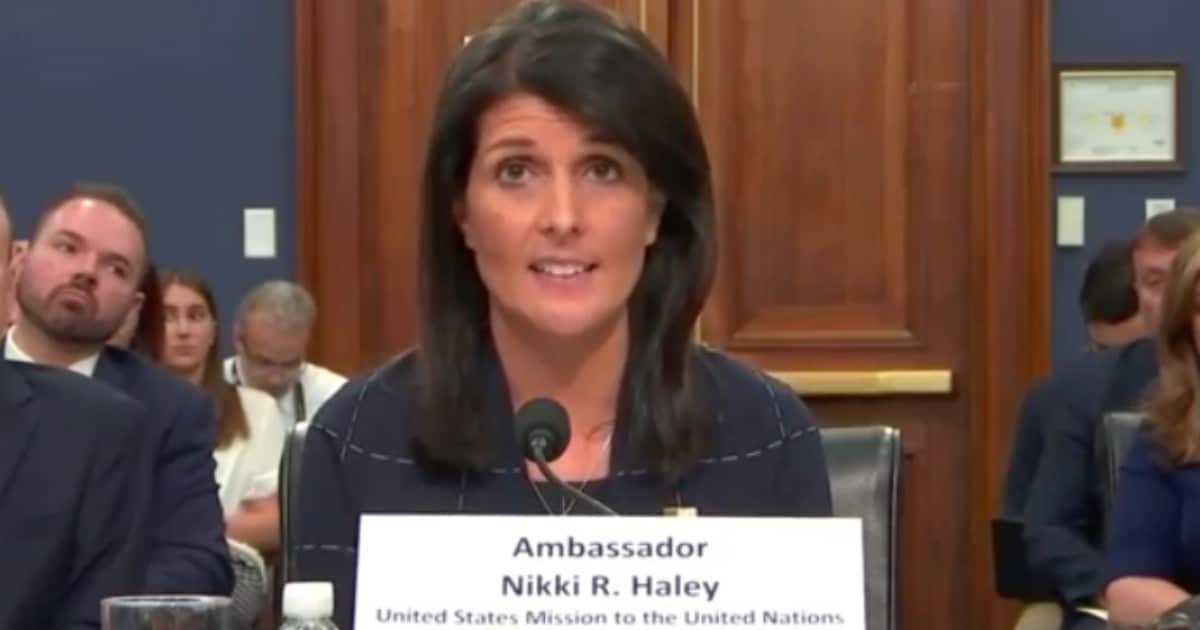 Not even North Korea trouble is this big.

If you recall, Trump has already started a precedent when hostile foreign nations get out of line – stating clearly to that nation, and the rest of the world, that the US is watching, and that things need to improve from this point forward.

And now Trump’s just done it to Syria – and Iran as well, and Russia. All at once, because Syria is getting ready for another chemical weapons attack.

All three countries have been put on notice. Nikki Haley made it very clear. A warning from the White House to Syrian President Bashar Assad about another possible chemical weapons attack was also aimed at two of Assad’s key backers, Russia and Iran, the U.S ambassador to the United Nations said on Tuesday.

During testimony before the House panel on foreign operations, Nikki Haley also called Assad “barbaric” and said she can’t envision a “healthy Syria” if he remains in power.

“The goal is at this point not just to send Assad a message, but to send Russia and Iran a message,” Haley said.

“That if this happens again, we are putting you on notice. My hope is that the president’s warning will certainly get Iran and Russia to take a second look, and I hope that it will caution Assad.”

There’s something frightening about this. Stay with me.

The first time the White House used this language was with Iran, regarding Iran’s flagrant violations of the nuclear agreement. Trump’s statement came out almost immediately after he took office, and made one thing very clear – the days of Obama coddling were over.

And since then, there’s been barely a report of new lawbreaking or arms buildup in Iran.

But it’s different with Syria – after all, Trump has already sent missiles Assad’s way. Assad already knows Trump will strike him militarily. There’s no chance of trying to call someone’s bluff – everyone knows Trump will follow through on any ultimatum.

And yet, Assad is still getting ready for another attack.

Which means Assad believes he’s ready to withstand another US attack. And it’s unlikely he can do that on his own.

But he could with Iran, and Russia, his two best friends. And that’s exactly what makes this situation so frightening.

Thank God we have Trump at the helm.