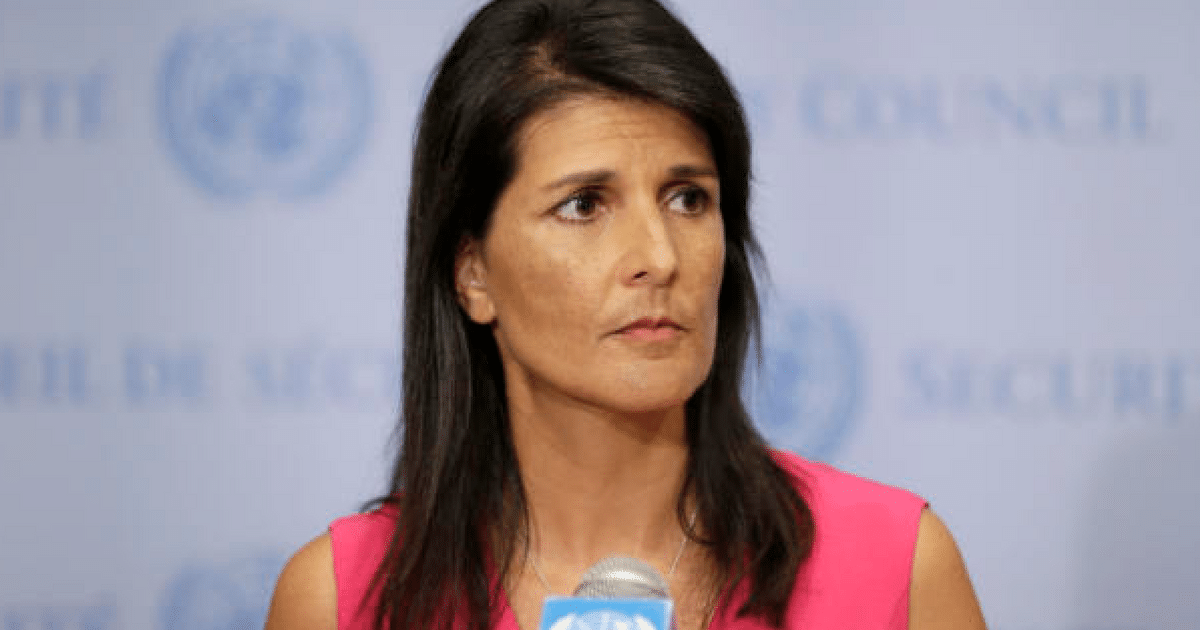 The hardest part of Trump’s administration is this: fixing the mistakes that Obama made. And this last one might be too big to fix.

Luckily for us, Trump always has a solution – and this one might surprise you.

Fact is, most Obama mistakes require a full repeal – no more Obamacare. No more amnesty. No more wiretapping.

But the Iran Deal? That’s too big to just repeal and be done with it.

It’s why we’re staying in the deal. We’re just fixing it.

It’s much better than it sounds.

US ambassador Nikki Haley said on Sunday that the US would “stay” in the Iranian nuclear agreement but “aim to make it better.”

Her comments came after US President Donald Trump announced that he would not recertify the landmark agreement to Congress and would roll out a more hawkish approach toward Tehran.

It’s easy to fall for the Fake News cycle when it comes to international defense. Foreign policy is complicated. Fake News uses ‘complicated’ to distort the truth.

And so, as much as the Mainstream Media might be saying, ‘Trump is backing down’ right now, rest assured of one thing: he isn’t. He’s keeping the same course he always has – the same one, in fact, that he’s taken with Obamacare, and building the Wall.

It’s simple –‘ if you want something done right, you have to do it yourself.’ And Trump is already getting his hands dirty.

Fact is, the Iran Deal is bad for America, and the world. But Obama had good lawyers, and they didn’t make it easy to back out. At least, not legally. Which makes it hard for the Law and Order president to save the US from certain Bad Deal Doom.

Thankfully, the next-best option still works – keep the deal, but cripple it.

And now, he’s doing the same thing with Iran. Because decertifying the Iran Deal wouldn’t kill it. It would just cripple it.

Which means, if you’re paying attention, that no New Deal can be made – after all, we already have an original one.

And that one isn’t moving forward. If it’s not certified.

Amb. Haley on disagreement with allies over Iran deal: "Our European allies need to remember they're not the ones the threats are coming to" pic.twitter.com/mdNK56g8OA

Trump understands business. Sometimes, the best way to cripple your opponent isn’t to destroy him. Sometimes, all you have to do is slow him down.

The same goes for the opponents of America.