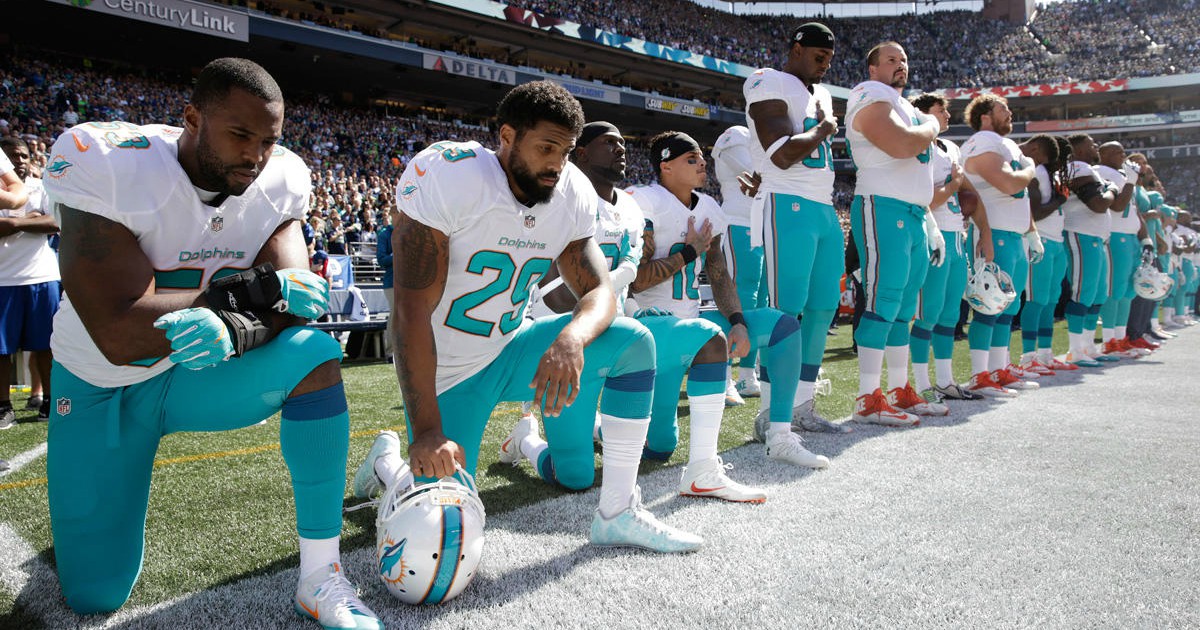 When Colin Kaepernick started kneeling while the national anthem was playing, every liberal in the country cheered him on. But it’s a good bet they aren’t cheering him anymore.

Fact is, at the beginning of Kaepernick’s protests, every lib in the country was tripping over themselves to praise him. He was outrageously compared to Martin Luther King. And every idiot leftist swore that political activism was the future of football. Thing is, though, leftist don’t watch football. Conservatives do.

So it’s fitting that the NFL is now facing a steep drop in revenue…and it’s all because conservatives have stopped watching.

If NFL fans continue to turn away from football, the TV networks could lose as much as $200 million in earnings.

After ratings for Week Two crashed, adding to the angst already felt by a poor showing in Week 1, industry insiders and analysts are sounding the alarm.

The NFL did more today to protest America than it has ever done to protest domestic violence committed by its own players. Congrats, Roger.

Take note, if you will, that alarms are sounding in Week 2. That’s terribly early to be worried about things. The only way people panic at this early stage is if the ratings drop is steep indeed.

Well, it’s steep. And that means lost money. And nothing gets entertainment executive attention more than ‘lost money.’

And it’s not just ad money, either. Because, while advertisers won’t buy as many commercials on NFL games if fewer people are watching, there’s also this: “[the] decline may also result in falling stock prices for the networks.”

To be clear, falling stock prices is a way bigger threat to profitability than lost ad revenue.

And ­­_all_ of us know why it’s happening – NFL players are choosing to disrespect the anthem rather than respect the game, their country, and each other.

And America is sick of it.

Fans are leaving the league in droves, and several recent polls and studies show that political activism accounts for a big reason why.

In a poll last year, 44% of fans said they would stop watching the NFL if protests against the national anthem continued. In addition, a J.D. Power survey showed fans citing the anthem protests as the main reason they stopped watching NFL games.

This isn’t rocket science. It’s basic business math – so it’s no wonder the liberals don’t get it.

So let me make it very clear – no one wants to watch a group of entitled rich athletes disrespect the values, symbols, and armed forces of the nation they love and revere.

No matter how good the games are.