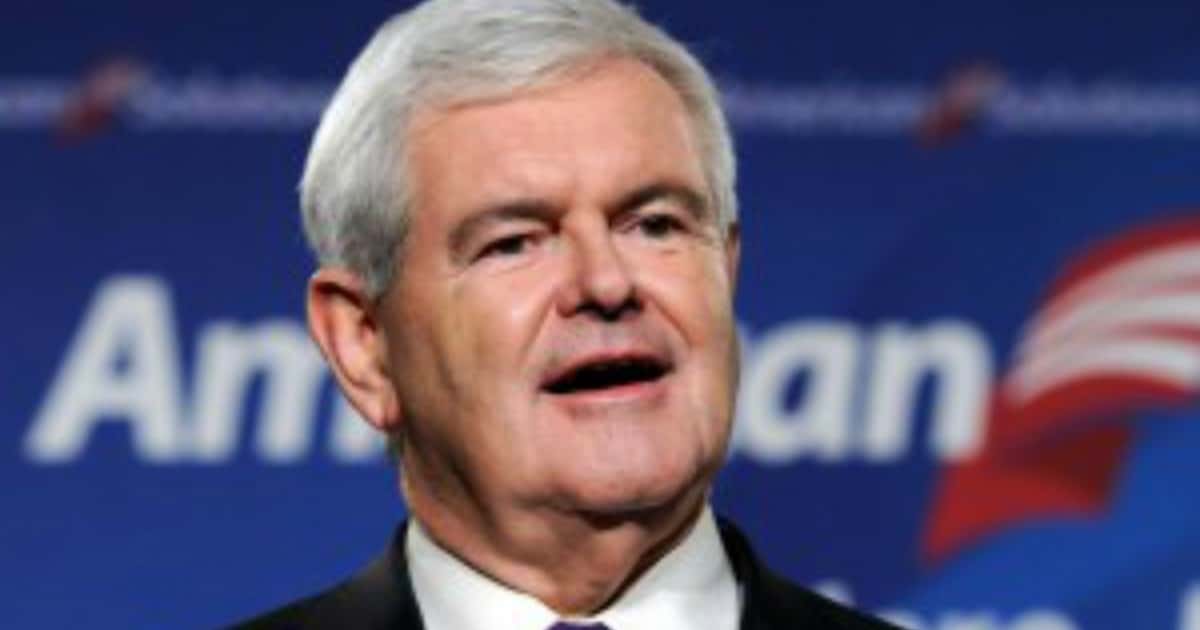 Newt Gingrich rarely speaks up, rarely runs for office, and rarely picks a fight. Rarely. But not ‘never.’

Because when he does, every word hits home. Every race is important. And every opponent better watch out.

Well, he’s speaking up again, and he’s picking a fight. And this time, it’s not a fellow politician – it’s the American liberal media.

And more specifically, CBS. And Stephen Colbert. Luckily for us, Gingrich also gets exactly what the problem is. And he has a diagnosis.

Let’s back up. If you missed it – and be happy if you did – liberal late-night host Stephen Colbert ranted, screamed, and frothed at the mouth incoherently a few nights ago. And all because he was angry at the Commander in Chief.

(About what, I’m not sure – I’m not keeping track of why liberals are angry at Trump any more. The reasons stopped making sense a long time ago. I think they just like to be angry.)

But Colbert’s rant wasn’t just stupid and mindless – it was offensive. Really, really offensive, and crude, and certainly not something that should be on a major network. The speech topped off with this gem of an insult: ‘the only thing your mouth is good for is being Vladimir Putin’s c**kholster.’

Now, while crude, offensive, and stupid is pretty much par for the liberal course, average Americans weren’t happy. Neither was Gingrich.

And he came on Fox News Sunday with an explanation, and it makes perfect sense.

Former House Speaker Newt Gingrich suggested Stephen Colbert controversial comments on the president were indicative of a broader problem with entertainers in the Trump era.

‘The problem you have with humor in America today is that Hollywood is so enraged at Donald Trump that they can’t be funny,’ Gingrich said. ‘All they’ve got is pure anger. And that’s what’s coming out in this stuff.’

Colbert and others, Gingrich argued, ‘think it must be funny because they’re called comedians.’

‘So they exhibit their anger as almost a pathology on late-night television and you’re supposed to laugh because, after all, they’re comedians,’ Gingrich said.

Let’s sum up Gingrich’s brilliant diagnosis – liberal comedians are so angry at Trump that they’ve forgotten to give their jokes any punchlines. And they’re so privileged and entitled that they think they’re funny anyway, just because they’re liberal jokesters.

There are few groups of people more detached from the rest of America than these c**kholsters.

Gingrich was right, and brilliant, again.