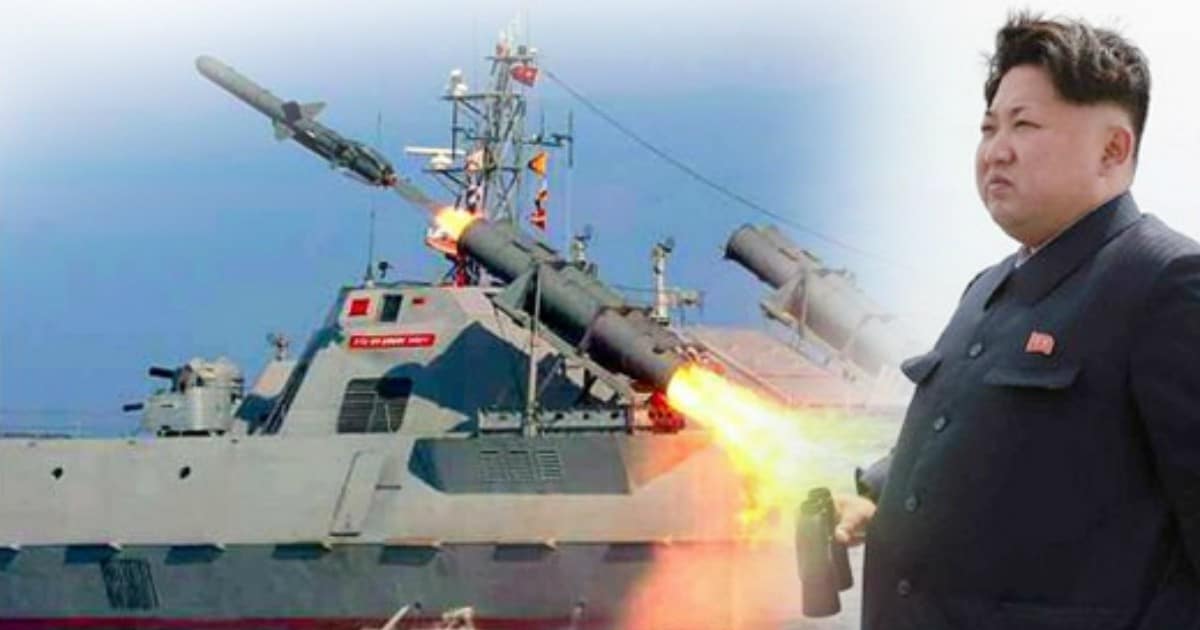 In order to ensure peace in the Pacific, the United States must keep North Korea in check.

That’s becoming an increasingly difficult goal, as the rogue nations pushes to get more and more advanced weaponry, as well as nuclear capabilities.

North Korea’s dictator, Kim Jong-Un, is not shy about the rhetoric, either. He and his followers regularly threaten the United States and our allies in the region, including South Korea and Japan.

Recent missiles tests have sent North Korean rockets dangerously close to our allies, suggesting that they are preparing for an attack.


The only solution to avoid a deadly war is for the powers in the region to exert control over the unstable country.

While the United States, the U.N., and other nations take a strong stance against North Korea’s attempts at war, one big question has always been China.

As the biggest Communist neighbor to North Korea, China might be obligated to aid the country in their military efforts. They seem to be reluctant to do so, however, because it would risk their economic ties to Western nations.

Recently President Trump met with the president of China and it seems they are willing to work with the U.S. to prevent North Korea from causing a ruckus.

However, discoveries in the wreckage of North Korea missiles cast China’s cooperation into question. They might have been aiding North Korea all along. After North Korea launched a satellite into space in February of 2016, the South Korean navy managed to snag entire sections of the satellite’s booster rocket from the ocean.

Analysis later revealed that “(m)any key components (of the booster) were foreign-made, acquired from businesses based in China,” according to The Washington Post.

This meant that despite longtime assurances by the Chinese government that it was doing everything in its power to rein Kim in, some Chinese companies had been continuing “to act as enablers, supplying the isolated communist regime with technology and hardware that allow its missiles to take flight,” as noted by The Post and based on observations from current and former U.S. and United Nations’ officials.

It would be very easy for the Chinese government to look the other way as companies illegally provided parts and equipment to North Korea.

The money might have been too good to pass up. Plus devices like rockets are meant to be destroyed after use, so the likelihood of anyone finding the parts afterwards would have been low, further convincing China that they could get away with it.

To make matters worse, the Chinese government has adamantly refused to admit the existence of these illegal transactions, despite evidence showing that products — electronics components that had been manufactured in Western countries and distributed by Chinese companies — were shipped privately to the North Koreans as recently as 18 months ago.

So what was the cause of these shipments? Was the Chinese government simply negligent in their enforcement duties?

Was this just the case of a rogue company breaking the law for some quick, North Korea cash? Or is the Chinese government using a loophole to secreting support their Korea allies?

The revelation of these shipments casts their loyalty to the U.S. and other allies into question.

Is China working both sides of the conflict, to better themselves? Will they one day abandon their obligations to the West to completely fund and support North Korea in a costly war?

It’s too soon to tell, but let’s hope not.