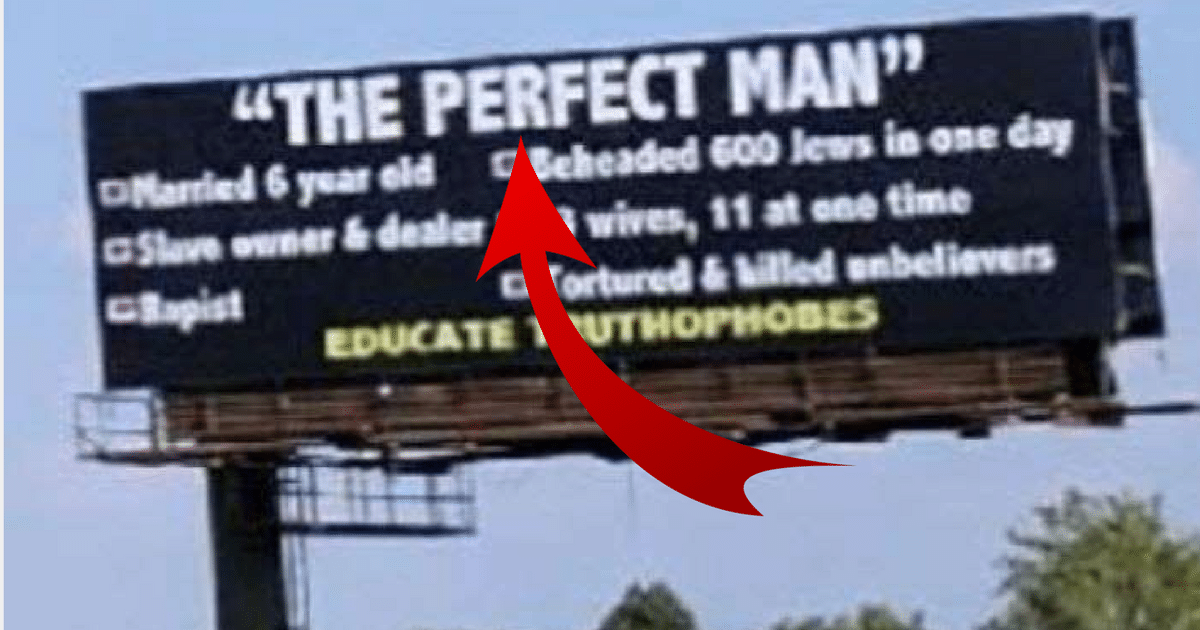 The liberal media want you to believe that any criticism of Islam is “Islamophobia” a made-up kind of hate.

But like all religions, Islam is made up of ideas and beliefs. And it is worthy of criticism and questioning.

So when a man in Indianapolis decided to put up a billboard highlighting the religion’s founder, people weren’t happy. Not because the billboard was false, but because everything it stated was true. 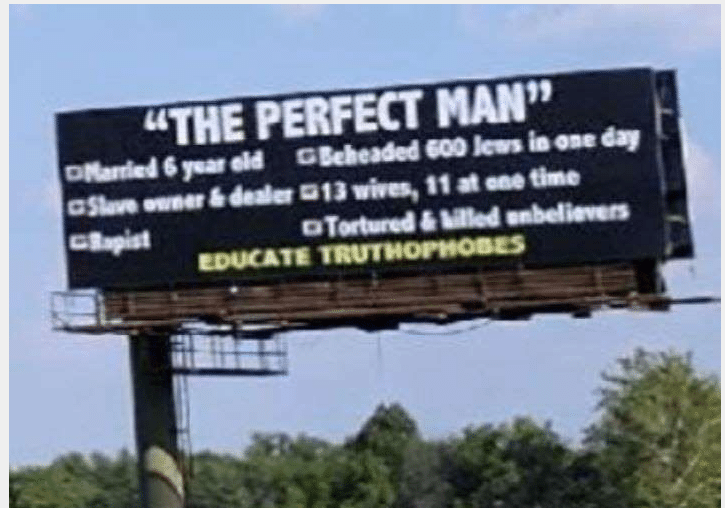 The billboard, headlined “The Perfect Man,” does not mention the prophet Mohammed by name, but makes several oft-repeated claims that have previously been used to disparage him and, by extension, Islam.

“Upon learning what they wanted to post, my first question was, like most Americans, ‘Is it true?’ ” he said.

“After talking to a half-dozen Islamic scholars and receiving and reviewing numerous citations from Islamic law and literature, I was convinced that each point listed on the billboard was historically and factually true.”

But what was listed on the billboard? As expected the article—from a liberal outlet—refused to list the information, and even provided a blurry photo so you couldn’t read it. But here is what it said:

The billboard does not mention Islam or Mohammed by name, but it’s clear he is whom it speaks of. The inconvenient reality is that all those facts are true. The leader of this religion committed horrendous acts, acts that by today’s standards would make him a vile criminal.

Yet the left refuses to acknowledge the major problems with this faith. There is a reason why Muslim extremists attack and kill innocent civilians. There is a reason they declare jihad against the West. And it is largely due to the fact its founder did unspeakable things in his own time.

But liberals will continue to defend Islam. They will stand up for this group, while denying the freedoms of everyone else.

Perhaps they won’t learn their lesson, until jihadis have their boots on their necks.