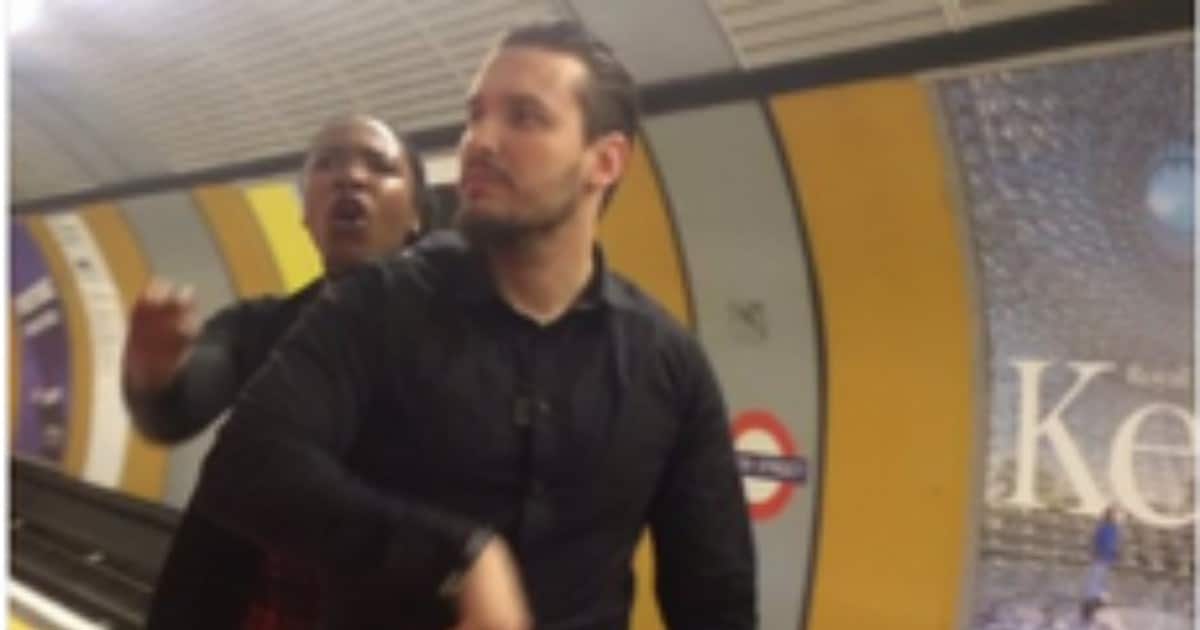 Civilians across America and Europe face the dangers of radical Islam ever day.

Muslims from around the world enter their countries and mistreat their neighbors.

But liberals want you to think the Muslims are the victims. More often than not, though, those victims turn out to be the aggressors. A man accused of an “Islamophobic” hate crime by a Muslim on Twitter has denied the assault, insisting the story was made up, and that he and his partner were in fact racially abused by the other party…

A Muslim woman, 18, and her ‘Christian’ friend say a man tore off her hijab and spat in her face. After identifying him online, they contacted his employer demanding action, and called him a racist.

The man has since strongly denied the claims, insisting he merely broke up a fight started when his black girlfriend was attacked by the Muslim woman and her friends.

He claims the attack was launched on his girlfriend because they are in an “interracial relationship”.

British Transport Police have confirmed to Breitbart London they are investigating both claims, and say they may release CCVT at a later stage.

This is interesting. If the police have the CCVT footage, why not release it? Video evidence would surely vindicate one side of the argument, right?

Isn’t it the police’s job to find the truth and prosecute the actual criminals?

I wouldn’t be surprised if the footage proves the interracial couple’s story. Yet the politically correct British police are too scare to admit it. If they released footage showing the Muslim girl attacking the couple, perhaps the police would be accused of being hateful!

This is how stupid England’s become. They’ve abandoned justice and law for the sake of idiotic liberals. They care more about feelings and political correctness than the facts.

In this day and age, Muslims and other minorities in the West can attack others without repercussions. If anyone dares to question them, they are called racist. Political correctness has allowed dishonest, hateful, and violent people an excuse to attack innocent strangers.

When are the leaders of our society going to wake up to this garbage? When are we the people going to reject the bogus lies from the left?

Unless we do, our society will crumble into ruin. And more people will be attacked, persecuted, and denied justice.