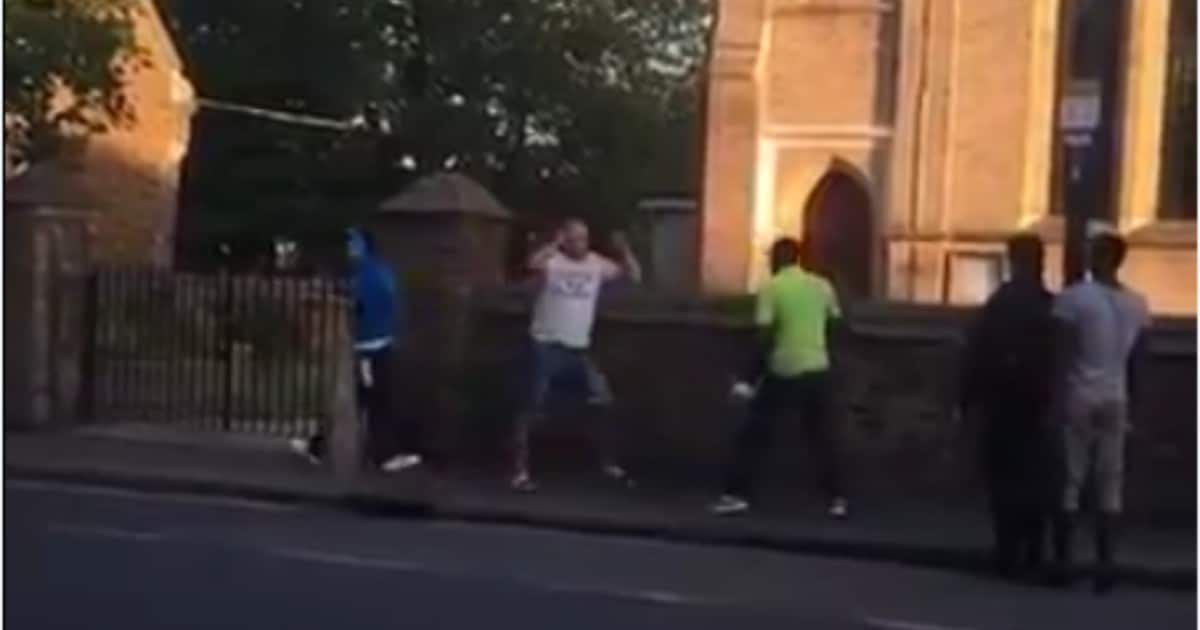 Across Europe, citizens are suffering because of unchecked mass migration.

Millions of strangers have flooded into EU countries. Often they refuse to adopt the customs of their new home. This has led to many violating the peace and safety of native citizens. That includes acts of robbery, molestation, and rape.

But one migrant discovered that not every European goes down easy. They’re willing to fight back.

🆘‼️😬🔥 UK: African Migrant trying to attack a big Polish man in #Tottenham, North #London. But he has not so much luck. pic.twitter.com/OrEAQXdJKm

A migrant recently got it into his head that it would be a good idea to attack a white man simply because he felt that he could get away with it. Unfortunately for him, it seems that he didn’t know one thing – and he was about to learn it the hard way after picking a fight with the wrong guy.

According to OnlineMagazin, the incident took place in Tottenham of North London, England, where a few Muslim migrants from Africa had settled. As it turns out, one such man recently bit off a bit more than he could chew, going after a Polish giant who was walking down the street…

All caught on video, the Polish man goes into attack mode, and immediately lunges at the migrant, prompting him to attempt to flee like a coward…

Without warning, the migrant soaks up the blow, causing him to drop the bag that he was holding before falling to the ground. Of course, the fight was far from over as the Polish man made sure to teach the entitled punk a lesson.

It’s pretty appropriate that the one man that fought back was from Poland. Poland is one of the few European countries which refuses to accept legions of undocumented Muslims from the Middle East, Asia and Africa.

And, unsurprisingly, they have been spared the nightmares other nations face daily.

While there are many Muslims in Europe that abide by the law, it seems many that have come over through this mass migration do not. These economic refugees flooded Europe for easy handouts.

In turn, they’ve refused to embrace the culture and customs of these countries. They’ve even gone as far as to harass and harm Europeans.

Yet still, European authorities refuse to send these ingrates packing. Even police are hamstrung by political correctness. So violent, vile criminals are allowed to harass and attack innocent victims.

Until the leaders of Europe decide to end this migration and send these vagrants back where they came, this will continue to happen. But the current leadership in the EU refuses to do so.

It’s about time the citizens of Europe took their countries back. Otherwise, they won’t have countries left for much longer.