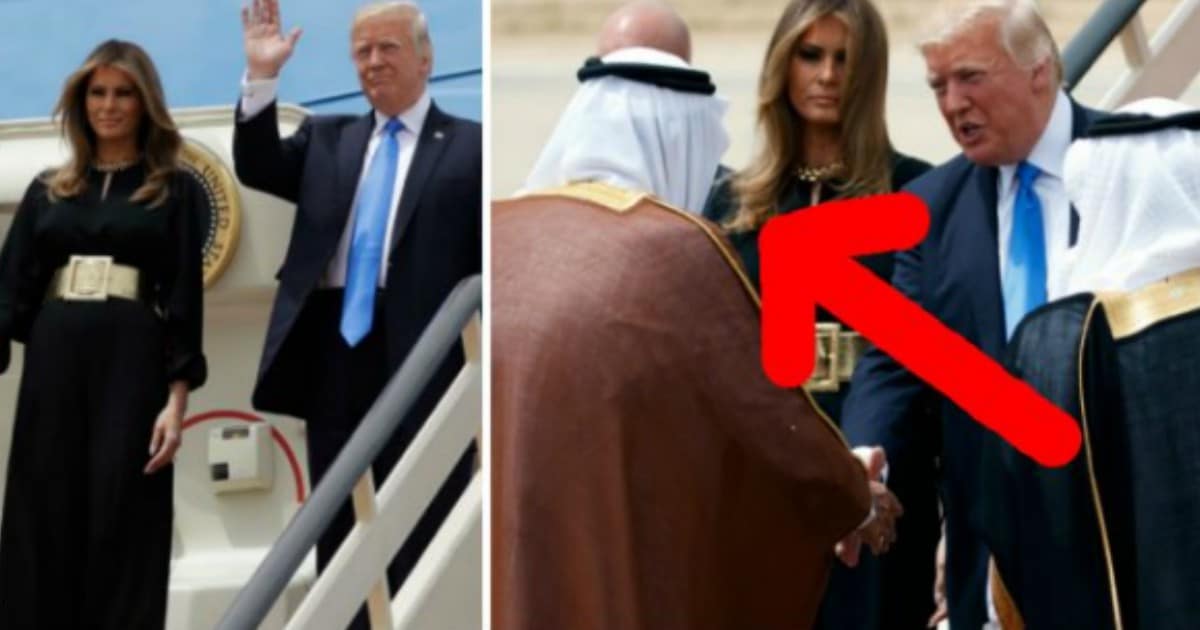 The Presidential trip to the Middle East is underway. Media outlets from around the world are reporting on the events.

Many events are being covered, especially since this is the first time that Trump is visiting this part of the world. But even the smallest moments are undergoing tight scrutiny.

It’s been widely reported how Melania and Ivanka Trump have refuse to wear headscarves during the visit. Unlike former leading ladies, they are not bowing to Muslim demands.

You’d think that would offend their foreign hosts, but as it turns out it is just the opposite. We are even seeing these leaders do what was once thought of as impossible.

According to the Quran and Hadiths, Muslim men strictly forbidden to shake hands with non-Musim women. The King must be a special Muslim? pic.twitter.com/OKNI2wF85v

Women are expected to cover their heads as part of the hijab requirement of the Saudi Arabian government, but Melania forewent the covering over the weekend, as have many female world leaders in the past…

But once again, because the leftist media… [are] missing the real story—the Saudi Arabian King shook Melania’s hand.

The Quran forbids Muslim men from shaking hands with women.

And Muslims are kinda pissed about it.

Thank you for a beautiful welcome to #Riyadh! #SaudiArabia pic.twitter.com/BcrMR0OYSK

Not only have the Saudi’s respected Melania’s decision, but they have shown her equal respect to the President. It shows that when Americans come from a place of conviction and strength, the world responds.

For years, we’ve seen our leaders cowering before the Muslim world. Political correctness and other motives forced Obama, Clinton, and others to placate Middle Eastern leaders through bows and ridiculous head coverings. They did not stand up for our convictions and customs. The result was the Muslim world did not respect us.

But not only have the Saudi’s treated our leaders with the appropriate amount of respect, their king shook Melania’s hand. That’s a huge sign that they are responding to the Trumps’ strength and conviction.

It’s ironic. Muslim leaders, from another country, are showing the President and the First Lady more consideration and honor than our own media and lawmakers. Really makes you think.

Liberals should learn from them.