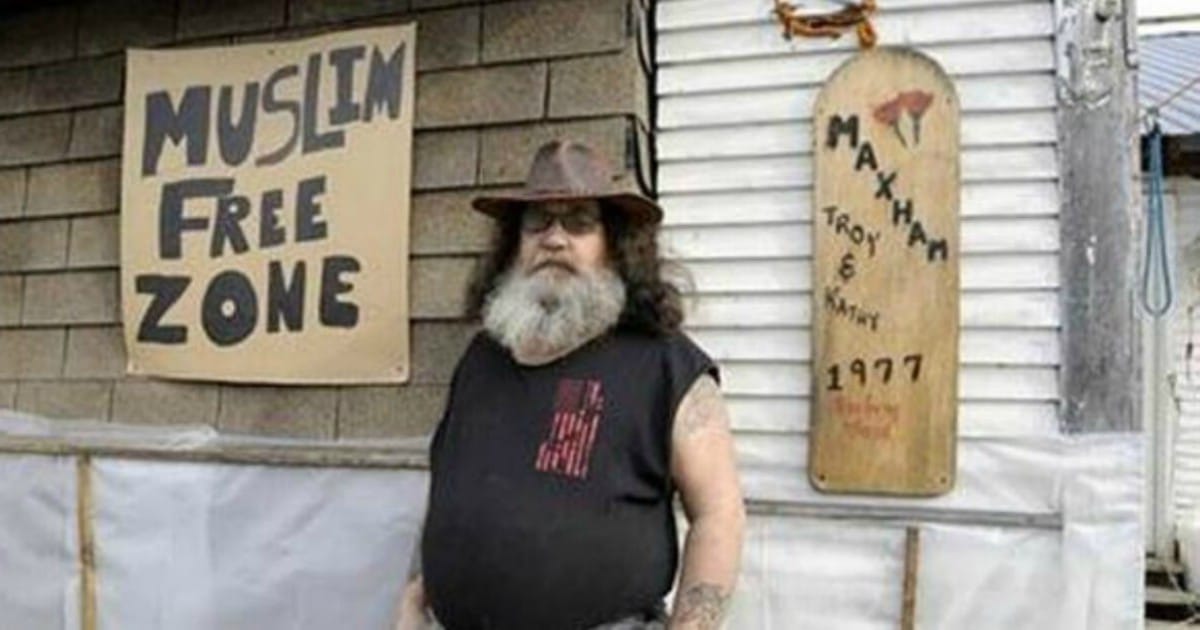 Time and again we see that liberals abuse rights they consistently deny to others.

They cry out for tolerance and acceptance for people whose lifestyles and beliefs are radically different from most Americans (like transgenders, gays, and conservative Muslims).

Yet when an everyday American stands up for their rights, expressing long-held beliefs and traditions, these same liberals will fight and riot to stop them.


We’ve seen this happen all around the country in the wake of President Trump’s election. So-called champions of social justice and “freedom” protest in the streets a democratic election.

They have become violent and destructive over conservative speakers appearing at American universities.

Make no mistake: liberal crybabies won’t stop until all conservatives (or anyone not liberal) are silenced and bullied into the corner.

Which is why they have such a hard time dealing with people who proudly exercise their rights.

#auspol #TakeNote !!! PATRIOTS WILL FIX THIS IF THE GOVERNMENT DOESN'T https://t.co/PD97wNtTSB via @MadWorldNews

The same liberals who see nothing wrong with Black Lives Matter movement events that ban white people from attendance went haywire in 2016 when a Vermont man reportedly placed a “Muslim Free Zone” sign on his private property — and demanded that the police force the man to remove it.

Unfortunately for them, the authorities in resident Troy Maxham’s town of Roxbury refused courtesy something proud patriots like to call the First Amendment.

“Local officials have said there’s nothing they can do about the sign because it’s considered free speech protected by the First Amendment,” The Barre Montpelier Times Argus explained.

Sorry liberals, but what’s good for the Black Lives Matter movement is also good for Maxham, a veteran who said he distrusts Muslims.

This is still the United States of America, where anyone can say or do what they like on their own property. We have not slid so far as to become Communist Russia, where the government has to approve what we say.

But liberal snowflakes seem to want to create a new kind of Communist dictatorship, right on American soil. If they don’t like what you have to say or what you believe, they feel they can use the police to punish you!

Once upon a time, liberals were the ones that claimed to embrace freedom. They wanted to throw off the shackles of an oppressive society and embrace free expression.

Yet today, if you don’t fit their mold of empty-head liberal ideas, you should be punished and oppressed.

Thankfully a veteran like Maxham can still hang a sign on his house expressing his views. But don’t be surprised to learn that the fight isn’t over.

Liberals will continue to look for ways to undermine all of our rights, especially our First Amendment freedoms of speech and religion.

It’s up to us to always fight back.