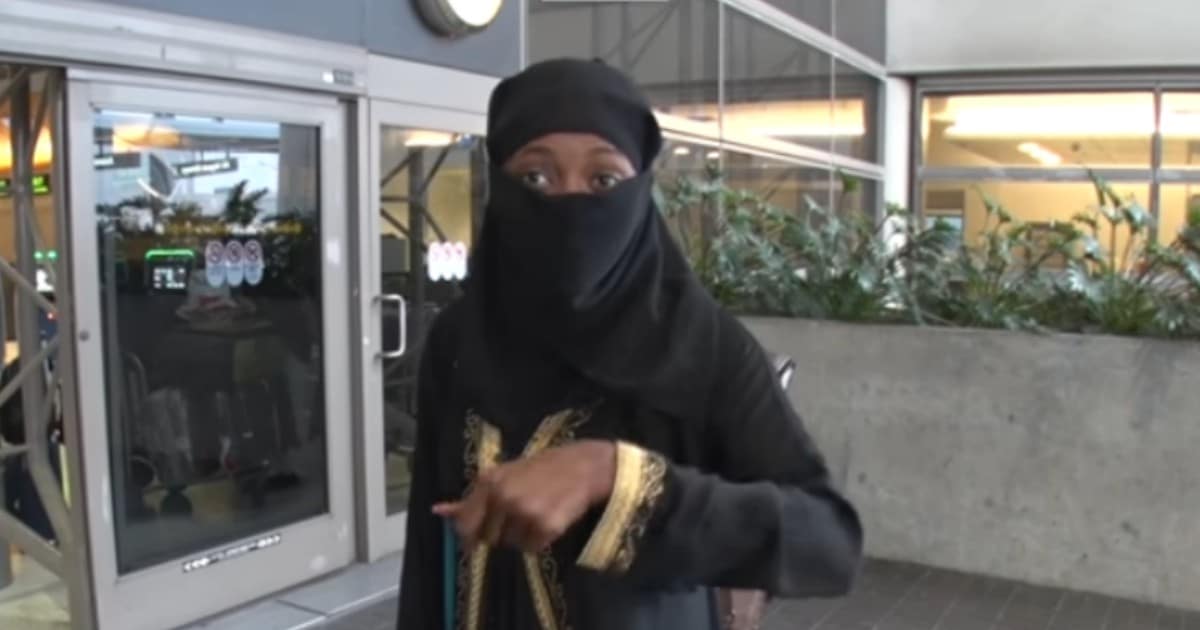 We are often called racist and Islamophobic for calling out these kinds of stories. But the left doesn’t want you to realize that many Muslims hold to violent sentiments towards America.

Such was the case of this lone woman, who when confronted at an airport, immediately started making threats.

It didn’t turn out well for her.

In June 2016, a cameraman named Tony Vera was at Los Angeles International Airport when he noticed a Muslim woman being detained in handcuffs by police and having her bags searched.

After a few minutes, the police released her and Vera went over to talk to the woman about what had happened.

Rather than a civil conversation about what prompted the arrest, the woman became completely unhinged and started screaming about how terrible America was, how terrible then-candidate Donald Trump was, and how she would blow up America…

The woman referenced Allah many times, condemning America for failing to follow the path of Allah and talking about how Allah would have vengeance upon all of us.

And liberals claim we are being paranoid.

For all the bellyaching and accusations of “Islamophobia,” the left can never explain away people like this. Why shouldn’t Americans be concerned, when we often hear this kind of thing from “peaceful” Muslims?

We know this woman doesn’t represent all Muslims. But the fact that a random Muslim woman says such things about bombing America, suggests this sentiment is felt among many.

While our leaders work to keep us safe, there are potential terrorists living among us. People who, with little provocation, are ready to call for bombing and death.

This kind of thing cannot go on for long. We are seeing death and violence sweep the planet, thanks to these sentiments. Either we work to end this kind of hate in our communities, or we will all face terrible consequences.

Unless the left wakes up and acknowledges the threat radical Islam poses, who knows what might happen?