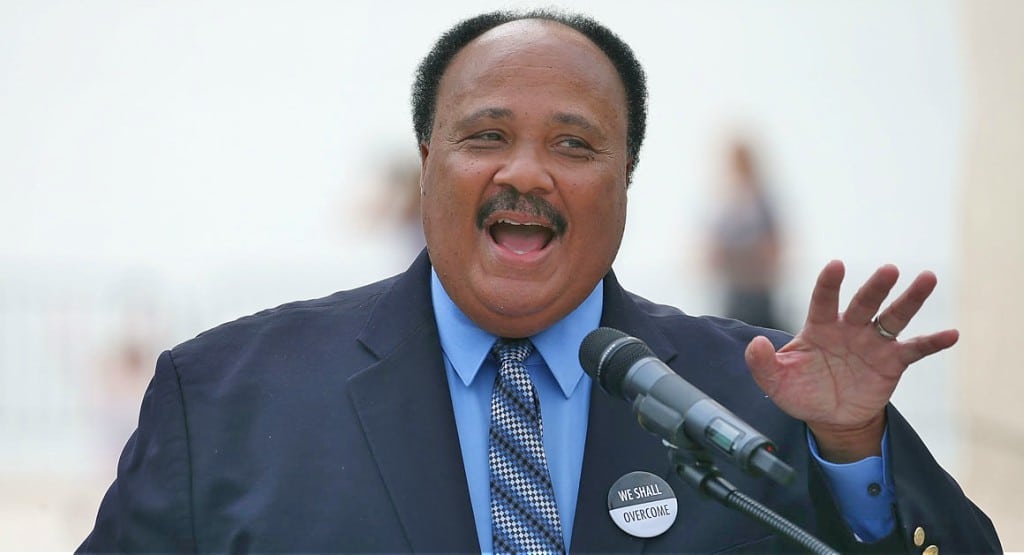 The media, desperate for anything to discredit the incoming President, has taken the foolish words of Congressman John Lewis and blew them out of proportion.

Lewis’ claims that Donald Trump is not the legitimate President are based on false claims. He said it as an attack on our democratic process, exposing his bitterness that the democrats lost so big in November.

But the media has tried to turn it into a much larger issue, even trying to goad other notable black leaders into the fray.

After Martin Luther King III met with Donald Trump, they media were on hand to distort what the man had to say.

King began by stating that he and Trump had “a very constructive meeting” with most of the focus on voting rights, but reporters quickly shifted the topic to Lewis.

ABC correspondent Tom Llamas snuck in the first pathetic question, trying to bait King into blasting Trump: “Mr. King, as you know, Representative Lewis still has the scars from the March on Selma. Were you offended by the President-elect’s tweet that Representative Lewis is all talk and no action?”

King responded by stating Lewis is, like “many others,” a “bridge builder” but added that “in the heat of emotion, a lot of things get said on both sides.”

King is clearly speaking with restraint and respect, something the media doesn’t understand. While he obviously respects Congressman Lewis, he refuses to sink to the media’s level and contribute to a pointless and divisive war of words.

Yet the media still tried to manipulate King with further questions. King stood by his support for the President-elect, asserting his belief that Trump will be a President for all Americans.

The naked bias of the mainstream media has never been more reprehensible. Unwillingly to present the facts, untarnished, they even harass an American leader, in hopes of getting him to say something “buzz worthy.”

They don’t care about the damage they are doing to our society and culture, driving greater wedges between white and black Americans.

It’s no surprise they are dying.