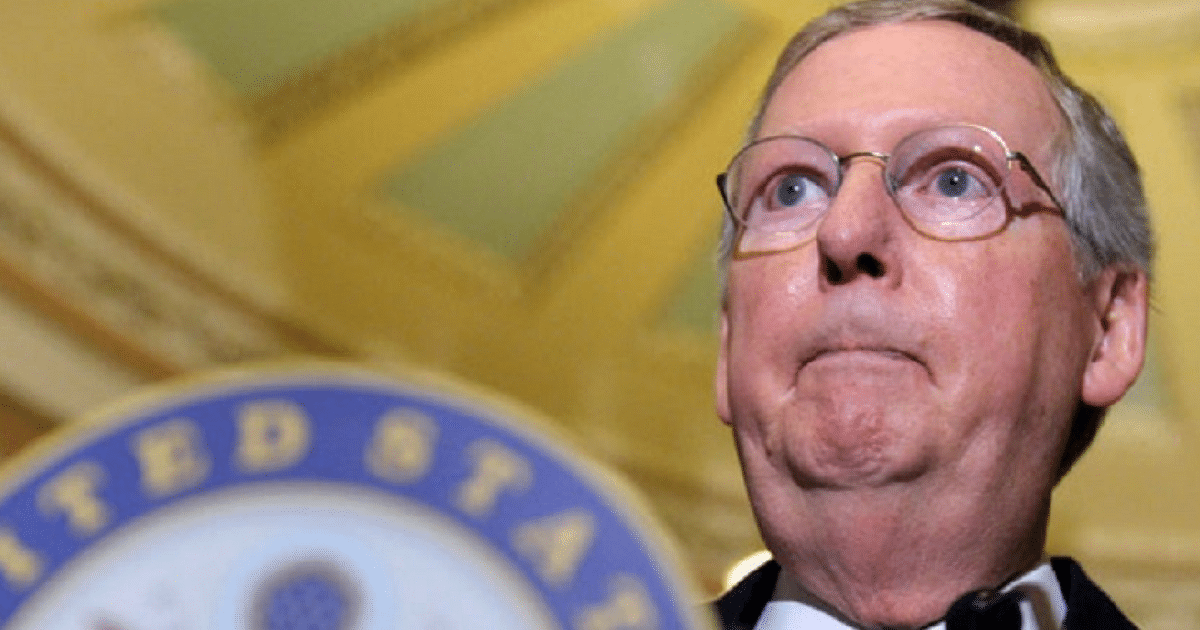 Conservatives need to stick by each other, especially during lib persecution in the Trump era.

To a point, anyway. Loyalty only goes so far.

Fact is, if someone is doing his best to work for conservative causes, and has his heart in the right place, I’m willing to give him a thousand different tries. Far better a true conservative with no experience, than a true politician with no conservative values.

And for many conservative groups, Mitch McConnell is that true politician…and they’re saying it’s time for him to step down.

The Tea Party Patriots, FreedomWorks, and the Senate Conservatives Fund called on Senate Majority Leader Mitch McConnell and the rest of Senate leadership to resign over their inability to pass President Donald Trump’s agenda, which includes repealing and replacing Obamacare, confirming federal judges, and funding a southern border wall.

Or, at least, they would be, if they’d accomplished anything. They have not.

I’ve said before that certain Republicans needed to go if Obamacare couldn’t be repealed. It’s an embarrassment.

Seriously, with 50 practice runs and a Republican-majority Congress.

Incidentally, ‘you don’t want to’ is the theory that the Tea Party Patriots and FreedomWorks are going with.

It is painfully clear that you intend to do nothing because, as is most apparent, you had no intention of honoring your solemn commitments to the American people. You were not going to “drain the swamp.” You are the swamp.

Ouch. And that’s just the start of the letter from true conservatives to McConnell.

The rest of the letter is worth reading, quoting, and hanging up on a wall. And it’s not wrong – if you have everything you need to accomplish something, and you can’t accomplish it, the problem isn’t with your needs. The problem is you.

#McConnell Is Bragging About Being A Toady For The Establishment

And Refusing To Do The Nation's Business #Dobbs pic.twitter.com/LvjshTV74n

The problem is Mitch McConnell.

And we won’t have a Republican president and Republican-majority Congress forever. Mitch has to go if we’re going to get anything done.