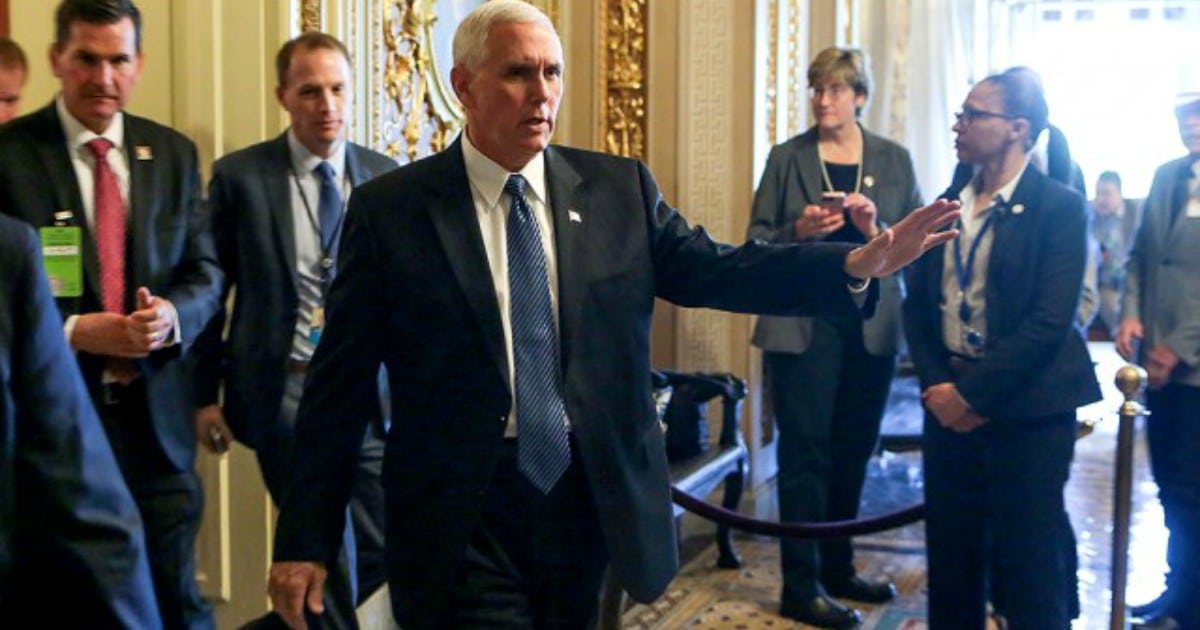 Is there anything the left won’t complain about?

Thanks to their titanic loss in the last election, they have made it their goal to oppose our country and president.

Even though we have great leaders in Pence and Trump, the media searches for ways to discredit and insult them.

Any previous generation would look on in shame to see our press attack our leaders so pointlessly. But that is the sad state of journalism in 2017.

Mike Pence in particular is a kind and strong man. He is a leader with convictions. He is also a family man, who shows consideration for women and children.

He’s also an extremely busy man, who goes from one event to another. Throughout these meetings, he greets and connects with multitudes of people.

At one of these events recently, there was a bit of a dustup, when it seemed that the VP hit a young boy. The liberal media was quick to jump on it. Yet the truth was far less scandalous then they made it seem.

A young boy became an internet star Tuesday for his response to being accidentally smacked in the face by Vice President Pence.

Pence was speaking to military families at the White House as part of National Military Spouse Appreciation Day when he accidentally elbowed the small boy in the face while making a hand gesture.

The boy, who immediately cracked a grin, began asking Pence for an apology as the vice president turned to shake hands with other guests who were surrounding him at the podium.

“Excuse me, excuse me,” the boy can be heard saying on camera. “You owe me an apology.”

He finally catches up with Pence, who apologized.

With everything going on at the event, Pence was not aware that he did it. But when the boy mentioned it, Pence was quick to apologize.

Honestly, it’s an honor for a young child to even see the Vice President in person. Getting bopped in the face? Why that’s a special honor, to be sure!

That boy will grow up telling everyone he knows that he not only met the Vice President, but he got hit in the face by him! I don’t doubt he will be telling his grandkids of the day Mike Pence bopped him in the head.